The Big Schools' Birdwatch: 5 Birds To Look Out For Skip to main content
More Parenting Articles 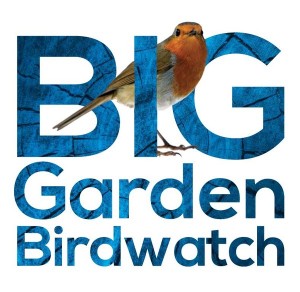 It may surprise you to hear that the number of birds in the UK has been slowly declining year on year. To put this in perspective, common birds from the 1970s like tree sparrows, willow tits and starlings have all decreased in numbers by 95 per cent, 78 per cent and 71 per cent, respectively. As a result of these declining numbers, protecting our birds is imperative so, to do this, it is important to gather an annual consensus of how many UK birds there are in the environment. With climate change rife in the news, and global warming becoming a pressing environmental issue, more needs to be done to ensure our birds remain protected. This is where the RSPB’s Big Schools’ Birdwatch comes in. Taking place between January 6th 2020 and February 21st 2020, this annual event has been set up for schools and teachers across the UK to encourage their students to get involved with tracking the ups and downs of birds across the country. But it's not just for schools - you can join in from your own garden too with the Big Garden Birdwatch!

All you need to do is watch for birds in your garden (or at a local park) for one hour at some point between 25th & 27th January. Count only the birds that land and then report the highest number of each bird species seen at any one time. So, what kind of birds should you expect to see if you’re taking part? In this article, we highlight the five key species you can expect to see so, binoculars at the ready!

One for sorrow, two for joy, three for a girl, four for a boy… you’ll have likely heard the nursery rhyme about counting magpies already, but now you can use it for real! With their noisy chattering, black-and-white plumage and long greenish tail, magpies are certainly one of the easier to spot birds in the UK. They’re also known – how to put this mildly – for not being particularly friendly, and are often referred to as scavengers, predators and pest-destroyers. One of the bigger birds on our list, magpies can be found across England, Wales and Northern Ireland but tend to be more localised in Scotland. They also love shiny objects so, if your garden has been specially designed to feature large garden sculptures, they could be especially attracted. 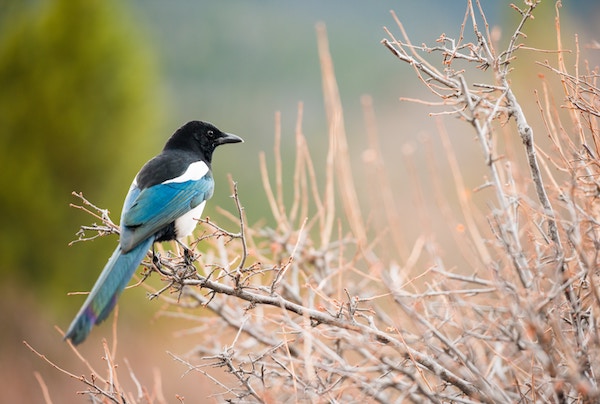 With between 10 million and 15 million blackbirds typically present between October and March, coming across one is fairly likely. Like their name suggests, these small birds are black in colour and tend to be darker in males. Females, on the other hand, are typically more of a dark brown colour, often seen with spots and streaks on their breasts. Typically found in gardens singing a song you’ll likely recognise, the bright orange-yellow beak and eye-ring are two characteristics which make blackbirds one of the most striking UK birds you can encounter. 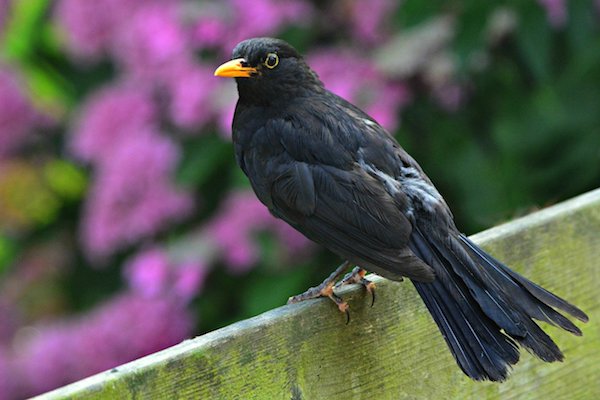 Known for being the UK’s favourite bird, robins may be familiar throughout the year but, thanks to their bright red breast, are especially associated with Christmas. It’s pretty difficult to identify whether a robin is male or female, since they tend to look identical. Their red breast grows gradually over time too so, if you spot one with golden brown spots instead of a red breast, that’ll likely be a young robin. While they may look cute and innocent, robins are actually anything but; they become incredibly territorial and quickly drive away intruders when they feel threatened. 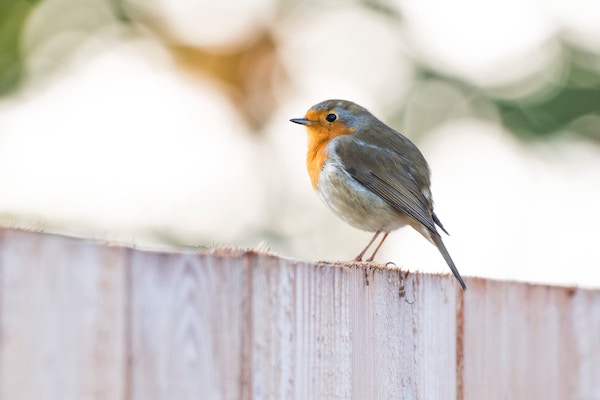 While their numbers may have declined over the past three decades, starlings are still one of the most commonly found birds in the UK. Smaller in size than blackbirds, with a short tail and triangular wings, starlings may appear black from a distance but up close are actually very glossy, coloured with a sheen of purples and greens. You’ll often find starlings together as a flock, rather than in isolation. You’ll have to be quick to spot them though, as their flight is known for being very fast and direct. 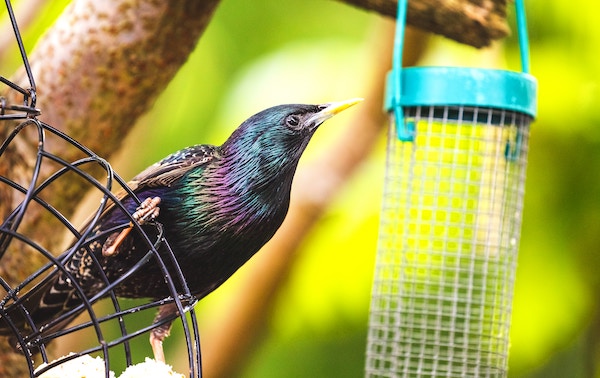 One of the most attractive and recognisable UK birds, the colourful mix of blue, yellow, white and green make blue tits very easy to identify. Over winter especially, blue tits work together to form flocks and search for food so, if you have a garden feeder available, you will likely come across a fair few. Statistics also show that more than 15 million blue tits can be seen between October and March, typically seen in woodland, hedgerows, parks and gardens across the UK. However, this number is substantially less than it used to be, with population numbers dropping by more than 42 per cent over the past 40 years. 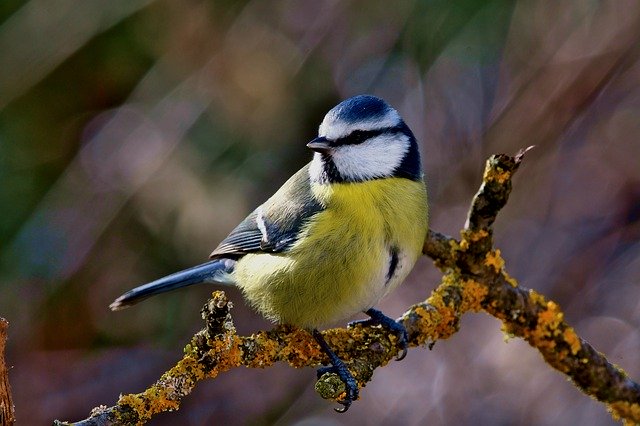