Nick King, a gay adoptive father of two, gives us a glimpse of family life with two Dads.

People are funny aren't they?  Kind.  But often very funny. 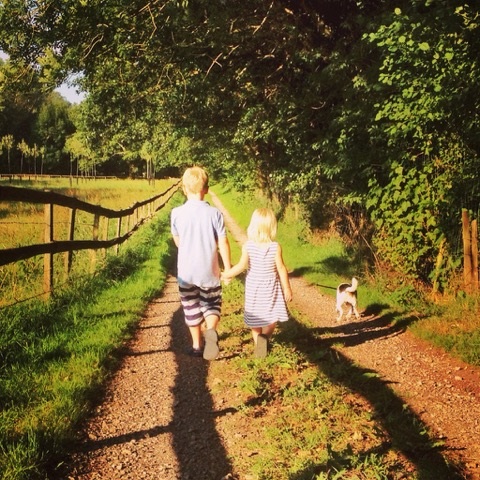 My name is Nick, my husband is Jay and we have two children.  Our son is now eight having come home to us when he was three.  Our daughter, now four, came home when she was eighteen months old. Both adopted.  Not birth siblings.  But they do look very alike.  “The work of a good Adoption Social Worker,” I say by rote in answer to that question, invariably asked when people have summoned up enough courage to do so.

Throughout our adoption journey, we've generally found support, tolerance and even admiration from those around us and those we have come across.   Inquisitiveness too, sometimes misplaced, but never malicious. Regardless of age and background, recipients of the news that we, a male couple, have two children have at worst been polite and at best enthusiastic.

Occasionally, whilst positive, the response still takes us by surprise. Sadly, my Mum died the day before our son came home with us for the first time.  My Dad, now a widower, lives in a sheltered housing development in the town close to where we live. His default position in relation to his neighbours is one of being anti social.  Largely female, the other residents congregate often in their communal room.  They have morning coffee and afternoon tea, they organise birthday treats, film shows and sherry parties. They celebrate annual and national events with their own genteel get togethers. Grandad rarely attends. We, on the other hand, try and join in.  The ladies like to see the children.  Those who do have family locally tend to be the grandparents of now much older children, so to have our young son and daughter visit their communal room is a treat. The children get a treat too.  The centre of much elderly cooing attention, they are assured their pick of the biscuits or cakes the ladies have to accompany whichever event they are attending. So while I am undertaking my daily visit to see my Dad, if the residents are congregated in their communal room the children will often spend some time there.

We are incredibly lucky with our adopted children.  They are both blonde.  They both sport tans easily obtained in the summer.  We are very proud that they are also kind, attentive and polite in the presence of others.  They are particularly well behaved around the elderly. So, their visits to the elderly ladies in the communal room are enjoyed by all, with both sides of the equation obtaining pleasure from the visit.

As we visited Grandad a little while ago one of his elderly neighbours stopped us. After initial greetings and pleasantries about the weather she said, "we've been talking about your little family," "Oh?  I hope the children have been behaving," I said, casting an eye at our little darlings as they chased around the development's communal lawn. "Oh yes, they are an absolute credit to you," Grandad's neighbour said. "They're such good looking children too." "Thank you," I said. "Yes, we were all saying that the other afternoon.  Do you know?  We just couldn't decide.  Which one of you they looked like more." Jay and I shared a quizzical glance. "Um, I'll try and explain.." he said. "Don't you dare!" I replied. "Lovely, quite lovely," Grandad's neighbour said as she walked away.

Our children don't seem to blink at having two male parents. Clearly, Other people don't seem to take too much notice either, or indeed notice at all. Except for one day of the year. The fourth Sunday in Lent, which for us in the UK, is Mothering Sunday. The rest of the world generally celebrates Mother’s Day in June.  I don't know why we in Britain choose March, we just do.  As, unsurprisingly, do Ireland and also perhaps more surprisingly, Nigeria. So Mothering Sunday is a constantly moving fixture of the British Spring.  This year it's early, on March 6th. Cue numerous cards depicting daffodils and tulips made by adoring children for their doe eyed mothers.

For weeks ahead of the date playschools, kindergartens and school early years classes are filled with children madly gluing, pasting and colouring their cards ready for presentation on the big day. That pressure never leaves the dutiful British child . I had a friend when I was a teenager who invariably forgot it was Mothering Sunday.

In North Devon, where I grew up, the country lanes are sunken between earth banks topped with hedges.  At this time of year they abound with daffodils. My friend would therefore get up, often slightly the worse for wear, early on the morning of Mothering Sunday.  He would drive around the lanes near his parents' farm holding his arm out of the window.  Grasping bunches of daffodils as he went. Upon his return from this frantic drive he would present his mother with the largest bunch possible, normally wrapped in newspaper.  The condition of the daffodils varied, some had short stems, some had long, quite a few still had their bulbs attached to their roots. So against this background of brief Mothering Sunday hysteria, it's understandable that over the years various teachers, play school helpers and creche supervisors approach the inevitable 'for whom should we make the card' conversation with us with visible dread.

Last year, our daughter's play school teacher approached me and asked, in slightly embarrassed tones, "Mother's Day is coming up, we'll be making cards, who should we help your daughter make a card for?" The teacher shifted uneasily from foot to foot. "Don't worry, let her make a card for whoever she wants to, it could be Granny, or one of her aunts maybe?" I said. The teacher looked slightly happier. "Please don't worry, it really isn't a big deal," I reassured her. Those are words I have found myself saying very often.  "It isn't a big deal.  We genuinely don't mind. Please don't worry."

The concern of those around our children to ensure they are not left out, but that equally we are not offended in any way, is I think extraordinarily thoughtful and kind.  Putting them at ease becomes a concern in itself. Approaching Mother's Day I face the dilemma.  Do I wait for the children's teachers to raise the annual issue with me, or should I say something first? 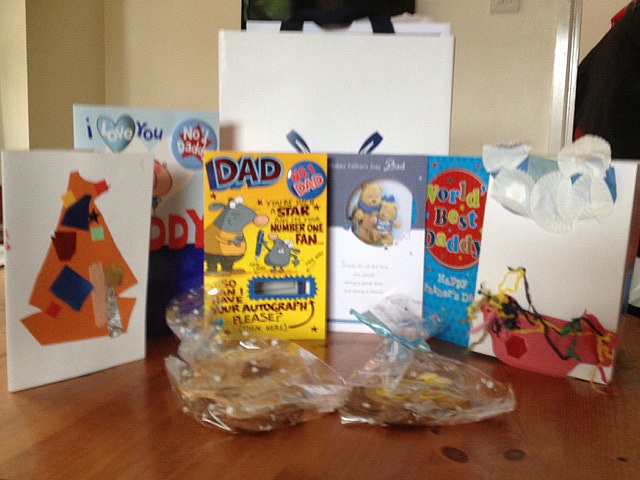 If I say something, does that give the impression that actually we are concerned about it?  If I say nothing I condemn them to having to raise the issue with me. One word describes the situation.  Awkward. Believe it or not we also face similarly awkward issues when Father's Day comes around.

This time of course there's no problem about to whom the children should address their card. No, the issue in the run up to Father's Day usually consists of a concern that insufficient time or resource has been allocated to allow our children to create two Father's Day cards.  Therefore, (embarrassed pause and shuffling) would it be OK if the children just made one card for the two of us? The poor, kind, lovely professionals who look after our children.

Nick King is a writer, speaker and above all an adoptive gay dad of 2. He is an Adoption Panel Chair & advocate and a socially liberal Tory Councillor. He tweets about  his unconventional and dotty family at  @nickking, you can also follow him on Facebook or you can  read more at www.nickkingsworld.com