Following the government’s decision to impose a third lockdown, schools across the country have been forced to close, leading parents with no choice but to home school their children.

This, in turn, has raised numerous concerns over the mental health and welfare of pupils nationwide who, once again, must turn to online resources to maintain their education.

As a result of this, and the ever-connected world we currently find ourselves living in, cyberbullying has been thrust into the limelight, highlighting the importance of keeping children safe while working – and living – online.

So, if you are concerned that your child could be suffering online abuse, we thought we’d compile a quick guide to help. Listed below are some of the key behavioural signs and signals you’ll need to watch out for moving forward. 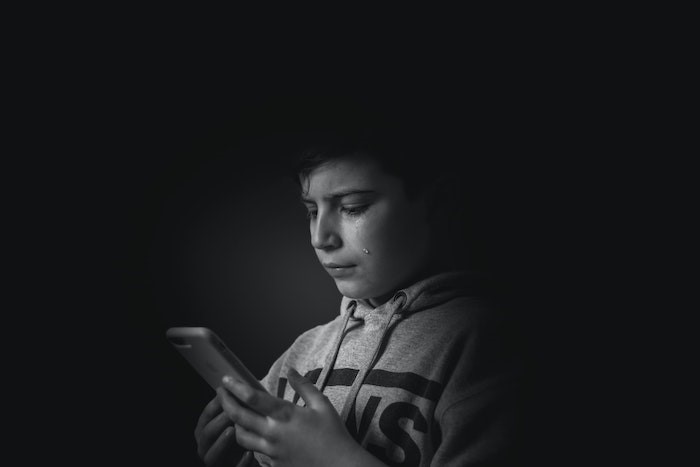 They Become Withdrawn From Friends & Family

Being bullied can be a very lonely place and, in most cases, your children won’t understand why they’re being picked on in the way they are.

Because of this way of feeling, their mental health could suffer as a result, drawing them away from their friends and family due to a feeling of inadequacy or confusion. As such, they may not understand how to deal with their feelings and act out accordingly.

So, if you notice your child acting more differently to normal, avoiding eye contact, making conversation or talking about themselves, this could be a sign that they’re struggling.

Similarly, if they unexpectedly become uninterested in out-of-school activities they normally love, consider what may have caused this sudden change of opinion. It could be cyberbullying.

They Don’t Want To Go To School

In light of the schools closing, this signal may be slightly more difficult to identify. However, if your child showed or felt an immense sense of relief at being told they didn’t have to go back into school, consider the reasons behind why.

Children should love school, after all – a chance to play with friends, learn new things and get up to no good. They shouldn’t dread the thought of it or pretend to be ill to get out of going.

Therefore, if your son or daughter is suddenly showing a reluctance, anger or unease about going into school, there could be a reason behind this in need of addressing.

They Avoid Using The Computer

It may sound obvious, but the best way for your child to avoid a cyberbully is to simply stay clear of their tablet or computer. That way, they won’t be able to see or hear any of the nasty things being said about them online, should it be happening in the first place.

As such, if your child has suddenly tried to become more distant from their computer, tablet, smartphone or other devices, or if they are behaving more cautiously while using them, then cyberbullying could be to blame.

Monitor how they respond to their devices – if they’re being victimised online, they will stay way clear.

They React Badly To Receiving Messages

Most children are fairly secretive about what they get up to online anyway but, now they’re needing to rely on devices more often than usual, it’ll be even more difficult for you as a parent to keep on top of what they’re doing online.

As such, you will have to monitor how they interact with their devices. When they receive a message from their friends, for instance, do they seem happy? Or are they fairly uninterested?

Generation Z children are known for their obsession with technology, after all. So, if your child is receiving messages or notifications they are dismissive of or react angrily to, this could be a sign they’re being cyberbullied – even if the messages are from their own friends.

What To Do Next

If your child is exhibiting any of the signs discussed above, your first port of call should be to talk to them. They’re your own flesh and blood, after all, so it’s important for you to demonstrate an understanding of what they’re going through.

Then, you should enforce strategies to make using their computers, phone, tablet and other devices a safe space.

Talk to them about the websites they’re visiting, monitor their usage, keep webcams out of their room and make sure they don’t give out any personal information. Also, think about following them on their social media profiles to make sure their posts and likes aren’t inappropriate.

Then, to deal with the cyberbully themselves, teach your children to simply delete any harmful messages or emails they receive from them while informing you at the same time.

If the abuse carries on or gets worse in any way, save all the exchanges between both parties – dates and times included – and contact your internet service provider; they may be able to track them down so that you can tackle the issue head-on.

Kate Sheppard is a mum of two, living in Sussex. Kate enjoys writing about the ups and the downs of parenting and isn't afraid to tell it how it is. She’s passionate about all things families, countryside, children's education and women's rights.