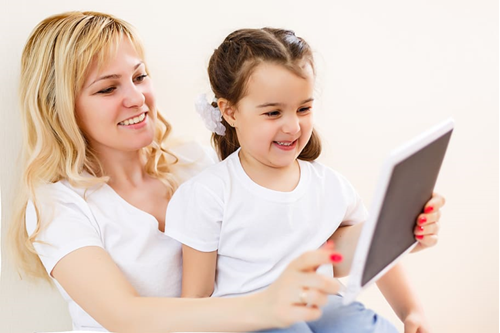 Now that we’re living in a digital age, internet safety is at the forefront of every parent’s mind. Times have changed and children are accessing the online world at a much younger age, with the majority of children starting to use the internet at three years old on average. However, finding the most engaging way to educate little ones on responsible internet usage can be difficult for parents. After all, children in their early development years aren’t going to benefit from a serious discussion around the subject.

...Enter the story book! Reading with children creates amazing opportunities for them to learn about important topics in an age appropriate fashion, including the risks and dangers the internet can inflict when used irresponsibility.

So, here are five books that parents can use as tools to improve their little one’s knowledge and understanding of internet safety in an inspiring, fun way. 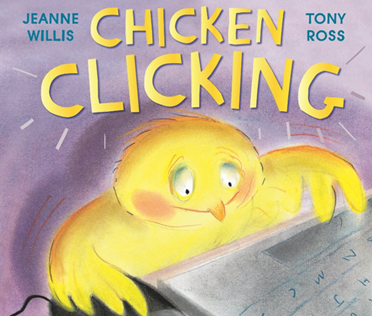 Suitable for children aged 3+, Chicken Clicking is a modern adaptation of the classic fairy story Chicken Licken. It tells the story of a little chick who sneaks into the farmer’s house one night to buy gifts for her farmyard friends, plus a camera for herself. Once the camera arrives, Chicken Clicking decides to take a photo of herself and share it on an online “friendship page”, along with her name and age.

Chicken Clicking shares one central message for little ones - never meet up with strangers who talk to you online, and inform your parents right away. Children can easily understand this message from the simple rhyming style that’s used throughout. It also promotes a clear lesson for parents around monitoring what their children are doing online and who they’re talking to. 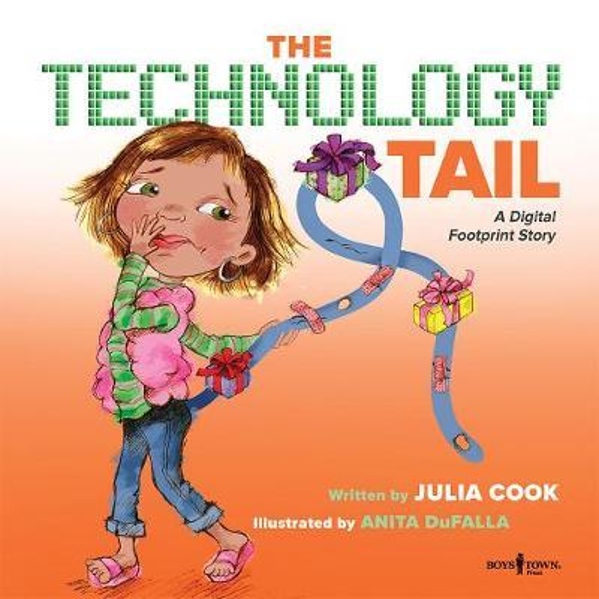 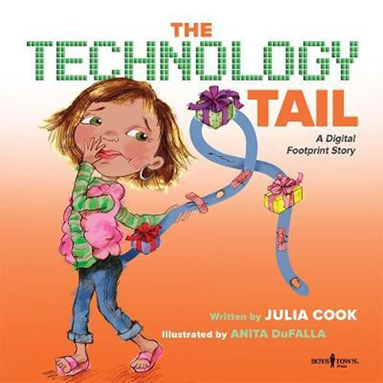 Julia Cook’s The Technology Tail: A Digital Footprint Story educates kids on being kind to others and responsible for what they post online. The story features a young girl whose computer reveals that it knows about all her online activities.

This causes the little girl to develop a “digital tail”, which receives a gift whenever she posts something nice or helps others online and becomes bruised, scratched or torn every time she’s irresponsible or unkind. The tail follows her around everywhere, and is a constant reminder of her behaviour online.

Complete with colourful illustrations and catchy rhymes, this book will help little ones realise that everything they post on online, good or bad, is attached to them for life. Everything leaves a digital footprint that can’t be erased, so children must use the internet with caution. The book also includes a five-step process that helps children think before they post online: 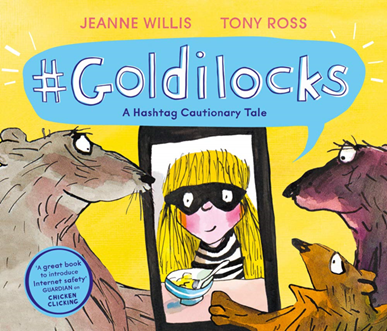 Written by the same authors as Chicken Clicking, #Goldilocks: A Cautionary Tale is a digital age adaptation of Goldilocks and the Three Bears. The story follows Goldilocks, a little girl with golden hair who’s obsessed with sharing photos and videos on her phone on social media. It’s estimated 48% of children have been exposed to social media by aged seven, so discussing safe usage is crucial from an early age.

To improve her social media following, Goldilocks shares even more photos - a talking dog called Rover, Uncle Richard Falling Over and more. However, once her followers disappear again Goldilocks goes in search for something more daring in the woods. She comes across the three bears’ empty cottage and takes a selfie breaking in.

Inside the cottage Goldilocks updates her social media profile with images from inside the house, hashtagging as she goes - #piping hot for the porridge and #sleep when she climbs into one of the beds. Unfortunately for Goldilocks the three bears see her photos on social media and inform a policeman, who confiscates her phone.

The moral of the story? Think before you press send on social media! It’s also a reminder to parents that social media isn’t suitable for little ones, while older children should always be monitored if they’re using it. 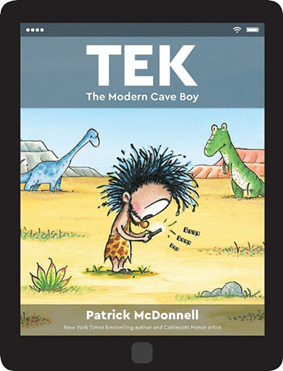 Tek The Modern Cave Boy is all about using online technology, including the internet, in moderation with offline, real world activities. According to survey by Kiddi Caru day nurseries group, 31% of children aged two-five spend no more than three hours playing outdoors per week. Parents in this group also admitted to their children getting two-three hours of screen time per day. Establishing a healthy balance between the two can make all the difference to a child’s early year development.

The story follows a little cave boy named Tek who is obsessed with technology. His tablet, phone, video games and TV keep him deep in his cave, glued to his devices, hidden away from the outside world. Tek never sees his family or friends anymore, and his ability to communicate develops into just one word “UGH”!

Realising the extent of Tek’s tech addiction, Big Poppa the volcano erupted and shot Tek, alongside all of his devices, out of the cave and into the sky. Tek crashed down, completely disconnected from technology. When he awoke, Tek started to appreciate all of what he was missing out on - fresh air, animals, the warm sun and his family. He then spends the whole day playing with his friend Larry, without any technology in sight. 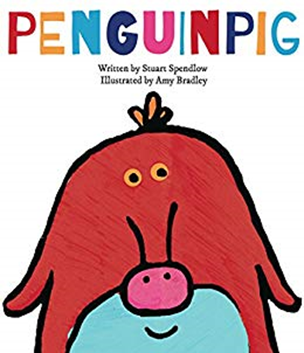 Written by primary school teacher Stuart Spendlow, Penguinpig follows a little girl who reads about a magical creature, the Penguinpig, online. Unfortunately, her parents are too busy to help locate the creature, so she sets off to find one alone, pretending that she’s going out to play.

The little girl arrives at the zoo in search of the Penguinpig, which of course is nowhere to be seen. Instead, she encounters a hungry, angry grizzly bear. Frightened, she runs out of the zoo and back home to her parents and confesses where she’s actually been. Her parents explain to the little girl why her actions were wrong and both realise why they need to pay attention to what she’s doing online.

The moral of the story, in Stuart’s words is “The internet is super, but some people like to trick, you must be a trooper and think before you click!” There’s also an important message to parents about keeping an eye on what their children are reading on the internet to prevent them from being mislead by false information.

The internet is a wonderful tool that children can use for educational purposes and fun activities.  However, it is also home to many dangers, so parents need to take responsibility and ensure their little ones know how to use it responsibly. Have a look through these books and sit down to some quality reading time with your child as you give them the key skills for staying safe online!