No school? Still hard to go outside as usual?

Worry not, we got you covered…

Here are 15 very simple activities to chase away boredom. 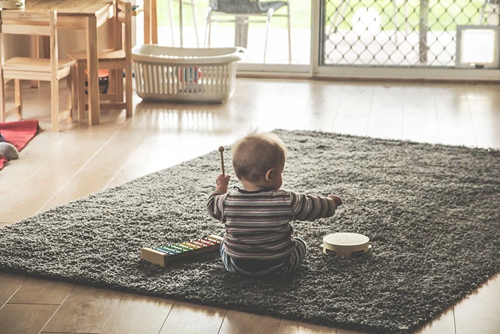 3 THINGS TO DO WITH NOTHING

A story without a tail (or head?) And a good memory exercise.

Hush! When we mime, we are not allowed to speak.

It's your turn to begin: imagine the beautiful balloon you have in your hands.

Play with it for a while: dribble, put it on your nose, throw it in the air, and catch it… then gently hand it over to your child, always in silence.

It's up to him to keep this ball alive before passing it to the next player.

When the shape is exhausted, choose another: a long stick, a large box, a cloth...

What suitcase are we packing?

We put on a striped jacket, red pajamas, green slippers… It's Victor's!

We put on it… a brown jacket, a navy blue toiletry bag, a beige sweater… It's Daddy's!

3 THINGS TO DO WITH PAPER AND PENCILS

Cut an A4 sheet in 2 in the direction of the height, to obtain 2 strips of paper.

Each player receives a strip and takes it in the direction of the height.

At the top, he draws ahead.

Then he folds the band to hide his design, leaving only the bottom (here, the neck).

The next player chases the man by adding a bust, then he folds the band in turn so that the next one draws the legs, and the feet to finish.

The older ones will add more details: a hat, a scarf, pockets, a handbag, lace-up shoes…

What a strange creature! Can we find a name for him?

Unroll a roll of kraft paper, a tablecloth, or an expired road map on the floor, and have your child lie on it, keeping their arms and legs slightly apart.

With a large dark felt-tip pen, outline its silhouette.

Then it's up to him to take shape: face, clothes, shoes, nothing should be forgotten…

A good way to decorate the door of his room by becoming aware of his body!

For older children: place your child in front of a sheet, felt in hand.

Set up a small mirror on the table, behind his sheet, so that the child can see his hand and his sheet.

Prohibition... then to look at what one draws elsewhere than in the mirror. So, quirky, this house?

3 THINGS TO DO WITH WHAT'S IN THE KITCHEN

Cut coloured straws into small pieces (the child can easily handle the scissors himself) and make bracelets and necklaces by threading them on strings.

2) A race with cereal cartons

Cut out the two large sides of a cardboard cereal box.

Mark out a route through the kitchen.

In the beginning, the player puts a card on the ground and puts his right foot on it.

Then he places the second box edge to edge and puts his left foot in it.

And so on until arrival…

It is not allowed to put both feet on the same box or to jump to advance his box.

If there are several players and several boxes of cereal, organize a race!

To colour the salt dough, nothing could be simpler.

If you want it to remain “edible” (it's still very salty!), Use food coloring.

Simply place a ball of “neutral” dough and a ball of colored dough.

It is a good constraint to solicit more creativity for the children.

The next day, bake them at 100°C (the cooking time varies according to the size of the pieces)

3 THINGS TO DO WITH WHAT'S IN THE BATHROOM

Who will manage to blow hard enough on the piece of cotton to score “a goal” for their opponent on the other side of the table?

With bath towels, you can invent a lot of extravagant outfits.

Pins are not allowed!

For the ties, we manage with knots, clothespins, barrettes, rubber bands.

And if the terry cloth isn't enough, go on and open the costume trunk and the stash of old fabrics.

3) Discover the powers of the sponge

Give your little one two basins and a clean sponge…

One full of water, the other empty.

It's up to him to transfer the water from one to the other, with the sponge as his only tool.

Enough to test the principle of saturation and learn to mop... still useful at an age when we are experimenting, no?

For older children, if you are not afraid of transforming your kitchen into a swimming pool, you can organize a race: who will have transferred a litre of water the fastest?

3 THINGS TO DO IN A GROUP

A situation is given and everyone improvises on the theme.

Suggested situations: we arrive at school and realize that we are still in our pajamas..

We are waiting for the bus and it starts to rain very hard..

In the restaurant, instead of the entrance, we are brought dessert ...

You will be surprised to see how the children are keen observers of the adult world ...

The little ones will be delighted to replay everyday situations, without adding a disturbing element to them.

For example: it's morning, we're getting ready to go to school

In a large box, collect small objects and various materials...

While the others close their eyes, the game leader chooses an object and makes it emit a sound, without being seen: by tapping or rubbing, by scraping, by pinching, by blowing…

It is up to the others to guess which object emits this sound.

A wide variety of objects are gathered on the kitchen table.

Give everyone a good time to observe the objects well, then everybody should close their eyes…

The playmaker makes one disappear...

The others must find the one who has disappeared as quickly as possible.

Variation: a player comes out, and the others change something to their physical appearance: an unbuttoned vest, a bar removed, a pair of glasses raised, slippers exchanged…

Will he notice it?

Dema JS is the founder of New Baby Smell and a mother of two little kids. 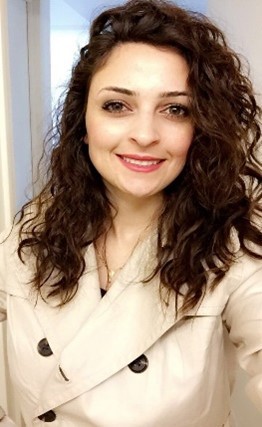