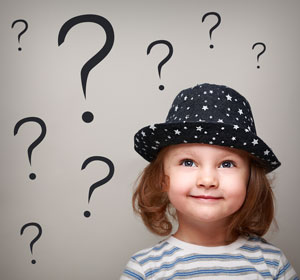 Try to get inside your child's head. Seeing things from their perspective will help you understand what they are trying to tell you with their difficult behaviour. Earlier this week, I was at Gatwick Airport waiting for a flight to Edinburgh where I was presenting a lunchtime seminar on ‘Brilliantly Behaved Toddlers’ for a company there.  Times have changed so much. When I set up the Parent Coaching Academy 12 years’ ago – there was no such thing as parent coaching in the workplace.  Everyone kept work and home very separate and it was often regarded as a weakness if you brought home challenges into the office.  Fast forward 12 years and enlightened employers are now running great programmes to support mums, dads and carers in the workplace – recognising that support in family life will have an positive impact on everything you do. If your employer doesn’t have a family support network – encourage them to set one up. Back to the airport. I settled down in a seat waiting for the gate to be called and saw two mums with toddlers opposite me. The first mum had a son in his pushchair. He was playing happily with his toy and occasionally

taking a look at the exciting goings on in the airport.  He seemed very content.  Mum pulled out some banana – neatly cut in a Tupperware container - took the game out of his hands and offered it to him.  He shook his head and cried for the game. She started to get very impatient with him because he wouldn’t eat it and kept raising her voice until she was shouting.  He eventually took the container and promptly threw its contents all over the floor.  We’ve all been there.  Mum seemed very concerned about the fellow travellers and was shouting at him and apologising to them for his ‘bad’ behaviour. Then she had an idea.  She took out her ipod and told him that if he ate his banana he could play on it.  He grabbed the ipod gleefully but when she went to feed the banana, he pressed his lips tightly together and refused to open his mouth.  She shouted at him loudly and let him carry on playing on the ipod.  Then she gave up.  She put the banana on the seat and looked downcast. Imagine her surprise when out of the blue – he started to eat the fruit.  He finished the dish and when he had – she took the ipad away … and he started going into meltdown.  The cycle was about to begin again. I imagined what may have been going through this toddler’s mind as this was played out in front of a very public audience.  He was too young to have the language to communicate but I think he may have been thinking this: Was having a great time.  Airport – so exciting.  So much going on.  Loved it.  Playing with my favourite toy and having a lovely time but then mum took it away.  Don’t know why.  Then she started trying to make me eat banana.  Don’t get me wrong I like banana but wasn’t hungry.  Then she got cross but I really didn’t feel like eating.  I was trying to tell her how I was feeling and decided throwing the box would do the trick and get the message across.  But she didn’t like that at all.  Didn’t seem to get what I was trying to say to her.  Then she gave me her IPod. Great.  I love it and wanted to concentrate on playing with it.  But she started trying to give me the banana again.  Was having a lovely time on it and then felt a bit peckish so helped myself to the banana she’d left on the side.  Everything seemed perfect.  But then, when I had finished eating – she took the Ipad away - as though I had done something wrong.  Was just having fun and having a snack and I couldn’t understand why she was punishing me.  So I started to cry and throw myself against my pushchair to get her to understand.  She didn’t! My heart went out to that poor mum.  It’s happened to all of us and I think every parent watching would know what she was going through. I think that by stepping into our toddler’s shoes and seeing the world through their eyes we can really tune in to what is going through their mind and understand what is making them behave in the way that they do.  Once we understand that it is natural and normal for them to behave like that – trying to communicate in the only way they know how - we can understand them and feel better equipped to handle their behaviour and take it in our stride. A couple of seats away was the mum of a toddler who was already in meltdown.  Mum wasn’t engaging with her daughter – she was ignoring the tantrum.  Mum seemed to be able to ignore the people around her too and take a deep breath and respond to her daughter rather than react.  She was hatching a plan. She suddenly jumped up – I have a great idea she said.  How about you stand on my feet – and I see if I can walk both of us to the end of the row of seats. The toddler stopped screaming. She was taking it all in. Her face opened with a wide grin and she said YES!  She put her feet on mum’s feet and they both laughed gleefully as mum tried to walk them both down the aisle – ending up in a giggling pile at the end.  I expect those few minutes were probably the highlight of both their days. We can learn a lot from these two mum – and their toddlers.

Lorraine Thomas Lorraine Thomas is on the Toddle About Panel of Experts. She is the Chief Executive of The Parent Coaching Academy and author of ‘Brilliantly Behaved Toddler’.  She runs workshops for working parents with clients including Marks & Spencer, Morgan Stanley, Novartis and Barclays.  She is used as a parenting expert by Tesco.