Finding a unique or unusual name for your newborn baby girl may seem like a daunting task. There are a seemingly endless number of names, so it can still be challenging to find one that has rarely been used. 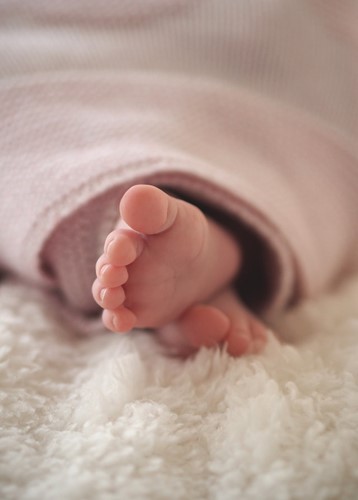 Below, you can find a list of some of the top picks of the most unusual and rare baby girl names;

Arya: Arya Stark was a beloved character on the show Game of Thrones, but you can also spell it Aria, a solo song often found in operas.

Delilah: Of Hebrew origin, this name means to "delight or to flirt".

Annika: If you like the name Ann/Anne but want something more unique, this is the Swedish version that means "grace."

Erin: Of Irish origin, this name means "from the island to the west" and is the Gaelic name for Ireland. Eire, the goddess of Ireland, is a more traditional variation of the name.

Isla: The name Isla is Scottish and derived from Islay, an island off Scotland. In Spanish, "isla" translates to "island."

Jael: Of Hebrew origin, this unisex name is especially popular for Capricorns as it means "mountain goat". Jael was also in the Bible as a strong woman who killed Sisera, commander of the Canaanite army, in his sleep.

Cara: This name is sweet and straightforward. In Irish, it means "a friend."

Presley: A unisex name made famous by Elvis Presley, it's also an English name that means "priest's meadow".

Kallie: A variation of 'Kallie' meaning "beautiful" in Greek.

Alma: Popular in the late 1800s means "nurturing" and is also Spanish for "soul."

Ever: A unisex name that sounds and feels timeless because it means "always and eternal".

Minnie: A popular vintage name in the 1880s, meaning "of the mind, intellect".

Juno: Of Latin origin, meaning "queen of the heavens". Juno was the protector of marriage and women and patron goddess of Rome.

Lyric: A musical name based on the Greek word meaning "lyre".

Radix: Meaning "root" in Latin, or this name could also come from the Slavic name "rad", which means "happy and willing".

Adora: Of Latin origin, it means "adored" and so unusual that it doesn't make it into the top 1000 baby names.

Avery: This name has a mythical meaning, "ruler of elves".

Maeve: Of Irish origin, meaning "bringer of great joy" or "enchanting one".

Violet: Referring to both the flower of the same name and the purplish colour.

Natalia: Of Russian origin, meaning "birthday of the Lord", perfect for a baby born around Christmas.

Liana: A French name meaning "to climb like a vine".

Enya: The Anglicised version of the Irish name Eithne, meaning "fire" this name would be perfect for an Aries baby!

Athena: Of Greek origin, meaning "goddess of wisdom and war".

Story: Hugely unique this name is perfect for the daughter of a creative type or a literary lover.

Florence: A Latin girl's name that means "flourishing and prosperous".

Zahara: Of Swahili origin, meaning "flower" and "to shine".

Darya: Of Russian and Persian origin, meaning "the sea".

Audrey: Meaning "noble strength" and perfect for the daughter of any Audrey Hepburn fans.

Coco: An abbreviation of Socorro meaning "help" in Spanish.

Margot: A French name meaning "pearl", you can also use the alternative spelling Margo