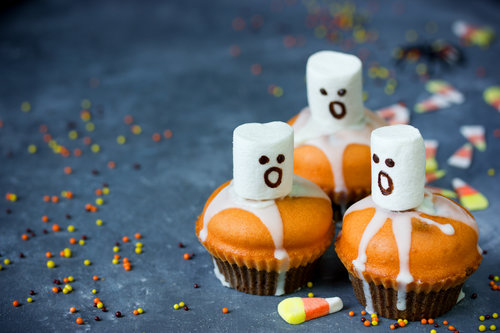 New research into trick or treating may spook health-conscious parents. Children in the UK will eat 173g of sugar each tonight, over 600% above their recommended daily intake of 25g and the equivalent of 43 sugar cubes, nutrition experts have said. Research into the top-selling Halloween treats found that, on average, they contain around 11.5g of sugar each. But ahead of the big night, nutrition experts at Future Fit, who conducted the research, have said that banning kids from sweet treats is not the answer. The Halloween tradition of trick or treating is thought to have begun in the US in the 1930s, but the UK has fully adopted this trend with GlobalData reporting that close to £500 million was spent on the holiday last year. The study took the top ten best-selling treats at a leading supermarket on the week leading up to Halloween. Researchers then worked out

the average sugar content within the treats and multiplied it by fifteen to reflect an average number of households a trick or treater will visit. Out of the best sellers, only one product - the Kinder Chocolate Bar - was considered low sugar, containing only 6g compared to Maoam Stripes which pack a sugar content of 15g per portion.

Despite this, Future Fit’s Head of Nutrition, Anne-Marie O’Shea, says not to ban your kids from the sweet stuff and that moderation is key.  “It probably won’t be realistic for them to avoid chocolate and sweets completely so aim for moderation rather than a complete ban. The trick to getting kids to eat healthier treats at Halloween is to make it fun.” says Anne-Marie, “get children involved with making their own scary characters from raw fruit and veg, cheese and savoury foods like pasta and pretzels.” She also offered her advice on how to curb the sweet cravings; “organise a haunted supper before heading out. This will allow your child to fill up on more nutritious foods thus limiting their appetite for sweets later.” 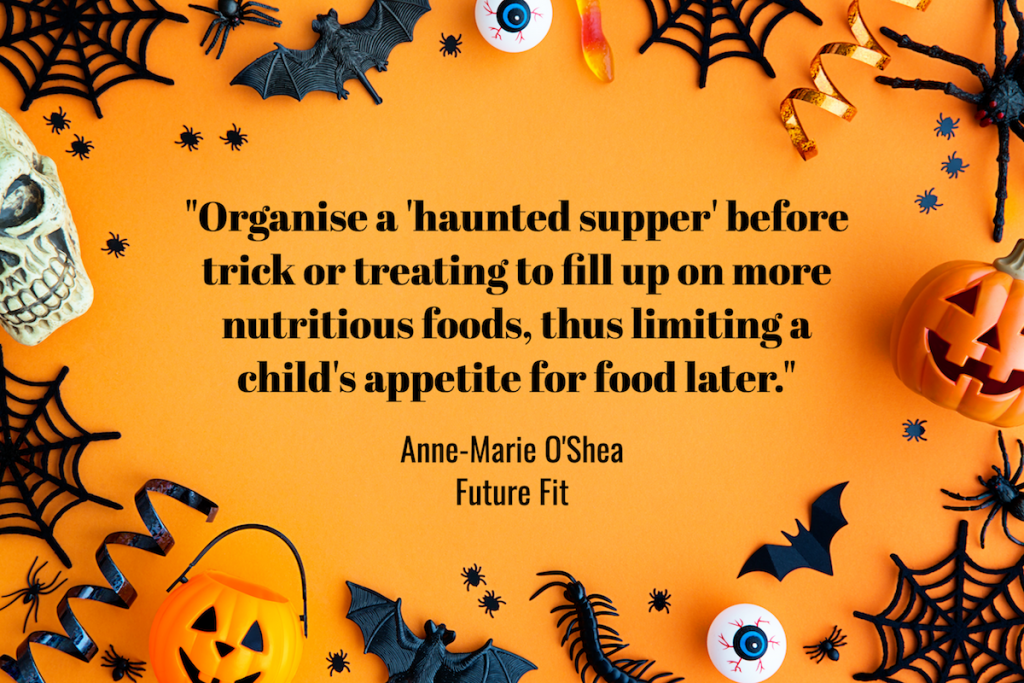 As well as considering what to give children, the public is being encouraged to keep children with allergies in mind when stocking up for Halloween. The Teal Pumpkin Project began three years ago to raise awareness of allergies and intolerances. If displayed outside your house, it can show children who suffer from these that you have treats other than food to accommodate them too.