Top Toddler Nosh - What is Your Child Eating? Skip to main content
Go Back 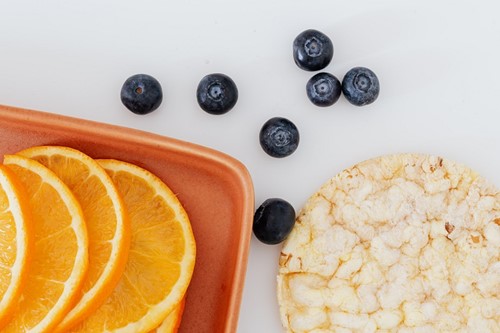 In the most recent analysis of data collected from its Tot It Up toddler food tracker, the Infant & Toddler Forum (ITF) reveals that the most popular snack foods currently on toddlers’ plates are fruits such as bananas, apples, grapes and berries, and dough-based items including scones, bagels and buns – are surprisingly served much less as snacks. The most popular toddler dinners include spaghetti Bolognese and shepherd’s pie, showing the preference for traditional ‘winter warmers’ throughout the year.

Snacks
• Out of 117 different snacks options, banana is the most popular toddler snack, followed by apple, grapes & berries having been served 8%, 6% and 5% of the time respectively
• Scones, bagels and hot cross buns on the other hand were served much less frequently (less than 1% of the time) and fall near the bottom of the popular snack list

Dinner
• 20% of meals served at dinner were spaghetti Bolognese, making this dish the most popular dinner for toddlers
• Shepherd’s pie came in a close second, making up 18% of dinners served

The ITF – an expert-led organisation specialising in early years and nutrition – created Tot It Up in response to feedback from parents requesting guidance and clarity on what to serve their 1 to 4 year olds. The tool acts as a barometer for exactly what is on toddler’s plates and is currently the only resource available which highlights the nation’s knowledge surrounding portion sizes, benchmarking toddlers’ nutritional intake against current evidence-based recommendations.

Data collected from over 256 Tot It Up users revealed some foods are more likely to be served in the incorrect portion size than others. Overall, 48% of meals or snacks served to toddlers are not served in the recommended portion size range, either being too large or too small. For foods which are higher in fat and /or sugar it was found that toddlers are often served much larger portions that recommended, with, crisps, for example, being served in too large a portion 75% of the time. Formula milks, follow-on milk and growing up milk are also given to toddlers in volumes larger than the recommended amount 89% of the time.

Lucy Upton, Specialist Paediatric Dietitian and Nutritionist at the Infant & Toddler Forum comments: “It’s great to see an increase in the popularity of fruit as a snack option for toddlers as it can be easy to fall into a pattern of opting for convenient packet snacks, many of which are often higher in fat and sugar. From looking at the data however, it’s clear we need to shed more light on toddlers’ nutritional requirements and further guidance is needed on appropriate portion sizes to support the growth, development and nutritional needs of toddlers.

“At the ITF, our aim is to provide support to parents, instilling them with knowledge and confidence, and this has never been truer during the current coronavirus crisis.

“Tot It Up can help to remove some of the stress from mealtimes by supporting parents with practical information and tips, allowing them to feel confident that they are feeding their toddlers in line with recommendations and nutritional needs.”