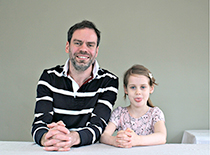 I love dedicating quality time to my children By John Adams  I thoroughly enjoy being a stay at home father. I love dedicating quality time to my kids, nurturing them and teaching them the skills they will need when they face the world on their own. I feel blessed to spend so much time with my kids. Very few men get to spend as much time with their children as I do. It’s sad, but a harsh reality of society and the world we live in. I gave up a career in communications and public relations to look after our daughter back in 2011. It was very much a practical decision. Helen was attending nursery full-time and we lived in a state of constant domestic chaos as both my wife and I worked full time. The house was in a dreadful state Monday to Friday and the weekends were generally spent putting it back together and preparing for the week ahead.

Both Gill and I felt Helen should have more parental attention. We were also fed up with the domestic chaos. I wasn’t hugely happy in my job and my wife had greater earning potential. I suggested to Gill that I give up my job to run the household and reduce Helen’s nursery hours. At first, Gill wasn’t sure of the wisdom of this move. She quickly came around to the idea though and we haven’t looked back. We’ve subsequently had Izzy, our second daughter. Gill will freely admit she couldn’t be a stay at home parent. She is career-minded and doing things our way has given her the freedom to concentrate on her work. That said, being a stay at home dad isn’t easy. The parenting world, especially the early years, are incredibly mother-centric. 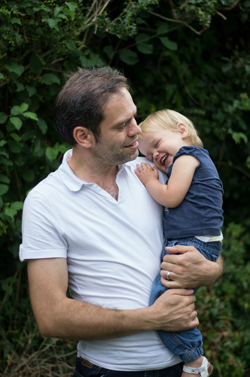 I suggested that I give up my job and run the household The hardest part is the social isolation. Although an issue for mums, guys in my position face some particular challenges. I’ve had women tell me on numerous occasions that they regularly meet with other mums for coffee and a chat. Although they may know of stay at home dads who attend baby and toddler groups etc., they just don’t think to invite them. You can see how this happens. Following the birth of a child, mums often socialise with other mums from their antenatal groups. As their children develop and get older, the mums move on to playgroups and form strong friendship bonds, their children often socialising together as well. When a man is parachuted into these strong friendship groups that have developed over the course of two or three years, well, he gets ignored! Worse still, his children can be ignored too. 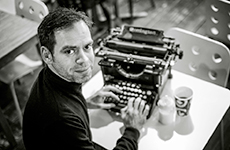