Should you Vaccinate your Children? Skip to main content
More Parenting Articles

By Dr Zareena Hyder, NHS GP and TV doctor on Channel 5’s GPs Behind Closed Doors We all want to do what is best for our children. Even before they are born we are carefully considering the safest car seats, baby gates and parenting styles with the aim of giving them the best possible chance in life. Yet an increasing number of parents over recent years have been refusing to give their children the amazing protection that is offered to them, for free, in the form of vaccinations. This not only puts their own child more at risk, but has led to a rise in the spread of contagious diseases. This is putting others in danger, causing serious complications and even death around the world. Put like this, it seems crazy that some parents don’t let their children have their injections. But they aren’t crazy or stupid – they have just been misled, and the media’s thirst for controversial headlines really hasn’t helped at all.

The most common reasons for poor uptake of vaccinations are:

1.  Poor and Misleading Research In 1998 a research paper was published by Dr Andrew Wakefield linking autism and gastrointestinal problems to the MMR vaccination. This convinced huge numbers of parents not to vaccinate their children and was the start of the anti-vaccine movement. This paper was completely discredited soon after it was published and Dr Wakefield was eventually struck off the GMC’s (General Medical Council) list of medical practitioners. Although this publication has been debunked, there have been some serious repercussions. Immunisation rates have dropped from 92% to 73% and in some areas of England even lower. (1) Many parents are still convinced that the MMR vaccine could lead to autism but this is simply not true. This has caused a worldwide increase in measles, mumps and rubella and these are life threatening illnesses.

2.  Anti-Vaccine Activism Anti-vaccine activism still persists and members of this group believe that a child will be able to fight off the diseases with their own immune system.  This is unfortunately leading to a rise in contagious diseases being spread with serious and sometimes deadly consequences.

3.  Celebrities Every so often when we think the myths are settling, another celebrity comes up with an unproven theory linking vaccines to autism or other illnesses, and the health of the public dramatically takes a hit as a result. For example, Robert De Niro made allegations in April 2016, reporting that the MMR vaccine had changed his son overnight.

What is a Vaccine?

It depends on the type of vaccine but, in general terms, vaccines contain weaker or dead strains of the virus/bacteria that cause an illness. Injecting the vaccine into the body allows it to safely develop an immune response against the virus/bacteria. This means that your body recognises that you have already been exposed to this disease if it comes across it again in the future and therefore it can fight it off quickly, before it develops into the full blown illness. 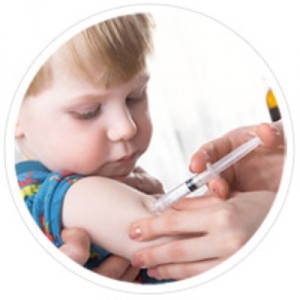 Myth No. 1: Vaccines cause autism As a doctor I tell my patients this is simply untrue - the article in the Lancet by Wakefield has been completely discredited. Several major studies have since been conducted and none of them have found a link. Autism is a diagnosis that we are seeing more of and this is likely to be because we are becoming better at diagnosing it. The cause is still unclear, but not a single study has shown any link between vaccinations and autism.

Myth No. 2: Vaccines contain unsafe toxins Vaccines in the UK undergo rigorous testing methods to ensure they are safe to use before being released. It would be completely unethical to be giving vaccines to babies, children or adults without ensuring their safety.

Myth No 3: Babies’ immune systems can’t cope with so many vaccines Babies and Children, as I am sure parents have seen for themselves, bounce back from being injured or poorly pretty quickly. Immune systems of babies and children are much stronger than you might think. The immune system is vast - it consists of many different types of white blood cells which fight for us in a variety of ways, and they are being replenished continuously. Even if we gave babies all their vaccinations at once they would still only be using around 0.1% of their immune capacity.(2)

Myth No 4: Surely natural immunity is better than having vaccine immunity Natural immunity is very good and yes if we are exposed to an illness, like the common cold for example, our immune system will work hard to fight it off. This should result in a stronger immune system, so if our bodies were faced with the same common cold virus again, it would not affect us in the same way. However, the risks of catching serious and life threatening diseases are high, and for this reason it is still very sensible to vaccinate against them. Measles, for example, will cause a rash, fever, lethargy and painful joints - but it could also cause complicated pneumonia and death. We vaccinate because we do not want to take such risks on human life when a simple injection can provide adequate immunity and prevent adverse outcomes.

Myth No 5: We don’t need to vaccinate because our infection rates are already so low Thanks to the majority of us being immunised, often the unimmunised few will be protected as they are less likely to come across a person suffering from the disease. This is dangerous logic however.  If the numbers of people having the vaccine drop, more of us will be exposed to the diseases and the disease will spread. A major concern here is that this will cause infection in the minority of children who genuinely have a low immune systems, so cannot be vaccinated, such as a child with active HIV or leukaemia. These children or adults are then at increased risk of getting a life threatening illness and their own immune systems may not be able to fight it off. This can be fatal for the individual. 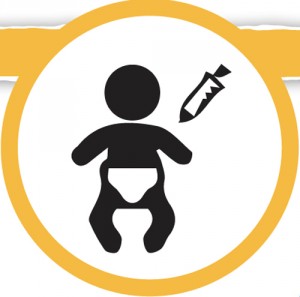 So what are you waiting for? If you or your family have not had your vaccinations, go and book an appointment at your local doctor’s surgery! If you are unsure about which vaccine you have had or may have missed, make enquiries at your surgery.