Secondary Infertility: What Is It and Why Does It Happen? Skip to main content
Go Back

Just because you have already had a baby – or babies – it doesn’t mean that you won’t be affected by issues of infertility. In fact, secondary infertility, where a woman struggles to conceive after a previous pregnancy, affects roughly 1 in 20 couples in the UK – or around 5% of the population. 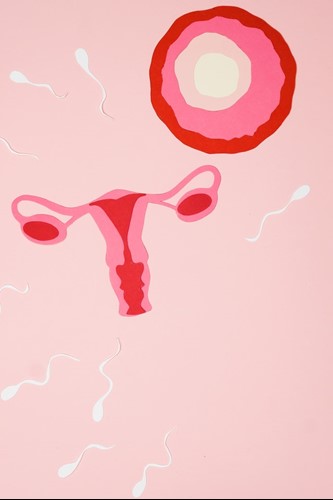 But what is secondary infertility and why does it happen? We examine why some parents may have problems with their fertility and what you should do if it is affecting you.

What is secondary fertility?

Infertility is when a couple have been trying for a year or more to conceive, despite having regular, unprotected sex. There are actually two types of infertility, primary – where a couple or individual who has never had a child is struggling to conceive – and secondary, where someone has already had one or more pregnancies but is finding conceiving again problematic.

Secondary fertility is more common than you would expect, and it is seen most in women who try have another child in their late 30s and early 40s. And, in around 8% of cases, it is caused by secondary infertility in men.

Why does it happen

While secondary infertility can be a post-pregnancy complication following the birth of a child, such as scarring of the uterus or damaged fallopian tubes, most often it is caused by the same factors which contribute to primary fertility issues. These include:

Ovulation disorders - problems with ovulation (including irregular periods and decreased egg production), can be caused by several conditions which can be developed or advanced after a previous pregnancy. These include polycystic ovary syndrome (PCOS) and primary ovarian insufficiency (POI) as well as thyroid and other endocrine disorders which can disrupt hormone production.

Low sperm count – issues with a man’s semen can result in secondary infertility, particularly if they have suffered an injury, developed an infection or undergone treatment for cancer.

Ejaculation issues – this can affect a man even if they have already fathered a child. The main causes of premature or delayed ejaculation include diabetes, injury, surgery and age.

Age – fertility naturally declines with age, and so leaving it later to have another child is one of the leading causes of secondary infertility. Female fertility starts to decline from around the age of 30, with the number of eggs a woman has significantly reducing by 40.

When to seek help

If you and your partner have been trying unsuccessfully for a year or more to get pregnant again, then you should see your GP, who can refer you to a Harley Street fertility clinic. And, if you are over 35 and have been trying for over six months or have a history of pelvic inflammatory disease, menstrual problems, a history of miscarriage or a low sperm count, then it is important that you seek help sooner.

Just as with primary infertility, there are a wide range of interventions and treatments that can help you expand your family, including hormone regulating medication, corrective surgery and ultimately advanced reproductive technology treatments, including IVF.

And while no infertility treatment is guaranteed, getting the right support and medical help can help you to overcome the distress of secondary infertility.