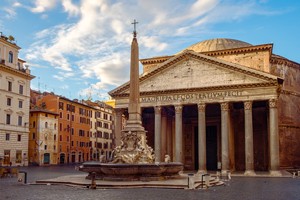 You may be familiar with the drill already, you’ve managed to survive getting to the airport, getting on the flight, arriving at your lodgings, unpacking all your belongings and keeping everyone together and alive for the first night. You’re now desperate to do some sight-seeing, after all this is your holiday too and it may also be your first time in a new location, be it Paris, Barcelona or Rome and you want to get some picture mementos. However, the kids aren’t as keen, after all, to them it’s a case of looking at a pointy tower for hours or walking around a dusty building made of old stone. As most young children aren’t capable of seeing the wonder beyond their immediate surroundings, you need a way to find a balance between your holiday experiences and their child desires. If you are trying to get out to some popular holiday locations this year, consider this playground guide as your cheat sheet to allow the kids a place to let off a bit of steam while giving you a moment's break to enjoy the scenery.

Eiffel Tower, Paris, France A place of romance, Paris is an extremely popular holiday location for several sights and experiences, one of the most popular being the Eiffel Tower. While the thrilling heights may temporarily capture your child’s interest (and potentially send you to the edge of fear), you’ll find a great series of playgrounds for kids to burn off some energy while building on their social, cognitive and physical skills, with plenty of shade for you to relax in under the beautiful view of the tower. The Leaning Tower of Pisa, Pisa, Italy Standing at 183 feet tall and recognised for its iconic lean, the Leaning Tower of Pisa is a must-see on traveller’s lists, particularly for those who love a good picture opportunity. While there aren’t many fancy parks around the tower, there are plenty of open areas to run around in and a handful of small parks with basic swings and slides to the North and East of the tower. Big Ben, London, England There are plenty of things to see and do in London, particularly between Waterloo and Westminster, where you can also find the wonderful Elizabeth Tower and hear the chiming of the striking Big Ben bell. Central London provides plenty of green spaces to run around in and enjoy a picnic during a day of sight-seeing and adventure but while in this area make sure to stop by Horseferry Playground where kids can have fun with sandpits, slides, dance chimes and a water feature designed after the nearby River Thames. Pantheon, Rome, Italy When in Rome, enjoy the sites but also enjoy the many beautiful playgrounds that surround the popular Pantheon, one of the best kept of all the Roman buildings in Rome. There are playgrounds to be found in all directions, with the most popular and highly rated playgrounds located to the north and south of the Pantheon and Trevi Fountain locations. Sagrada Familia, Barcelona, Spain Under the view of the spectacular Sagrada Familia church that is recognised for its grandiose designs and that still to this day remains unfinished, lies the Plaza de la Sagrada Familia playground. The playground is highly rated by visitors from all over the world and offers something for children young and old. Just across the playground on the other side of the church visitors can also find some scenic gardens to explore after a break to run around. Holidays don’t have to be more stressful than getting out of the house or be all about catering to the kids. With some careful planning and making sure to pack plenty of snacks and water, you can ensure your holiday offers plenty for you to enjoy while also allowing room for the kids to be themselves.