Limiting Screen Time: Why every parent should be teaching their child responsible screen habits Skip to main content
Go Back 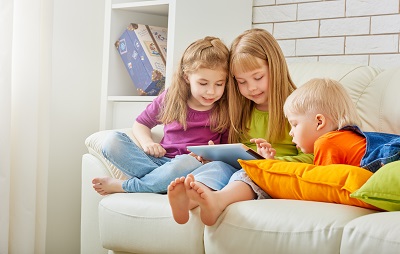 And that is not just irony. The next thing to hit a child’s birthday list near you will be screens in front of our eyes. For less than £15 including postage and packaging you can get a Virtual Reality headset that plugs into your mobile phone. Interactive glass wear is also being developed, it’s certainly being used by athletes already. We’re approaching a time when our children will be plugged into screens less than 2 inches from our eyes! And with this shift comes a new set of skills. Far more than ever before, we now need to train our children to be able to cope with self-limiting their screen time. As adults we are familiar with that feeling when you have spent too long on the computer or you need a breath of fresh air. We know when to go and make a cup of tea or how to do something completely different to rest our eyes. Children are prone to overindulging; they don’t know when to stop and it causes many a toddler tantrum. [caption id="attachment_1001" align="alignright" width="400"] 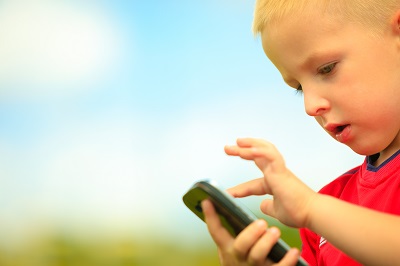 Children are prone to over indulging; they don’t know when to stop and it causes many a toddler tantrum[/caption] We learn how to self-regulate our desires and wants during the ages of 2-4 based on our experiences as a baby of being soothed when we got too worked up. In our early years this is externally regulated by our parents - our self-regulation of emotions comes later. Consider sweets as an example, where without your guiding words very often they’d keep on eating them; as they grow older our children then develop the ability to say no themselves. It is no different with screen time and technology. Initially you have to regulate their use, so that your child can recognise when they are becoming tired, irritable or overwhelmed. Maybe for young children you’ll use a timer, and for the older ones a set time, even during teenage years. Discuss with your children how you know when your eyes are tired, help them to recognise when they've had enough. Teach them when to take a break and get some fresh air (this will be a vital skill as they go through their teenage years!). As a family, have regular non-screen days. Most of all remember why you’re doing this - you want them to develop the skills that they will need in the future. This is a skill that we need to teach children from a young age so they don’t even think twice about limiting their screen time when they get older. 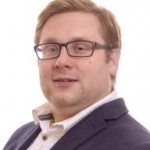 Richard Daniel Curtis is an author and leading child behaviour expert. He has recently launched Help My Child Grow, the parenting network of the future, to help parents who want to know what to say and do now to help their children succeed in the future. For your free report on The 5 Technologies That Every Parent Needs To Know About Now, then head over to www.helpmychildgrow.com