Bilingual Babies - When is the Best Time to Introduce a Second Language? | Toddle About Skip to main content
More Parenting Articles 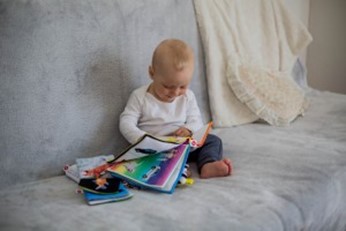 Parents are always unsure on what the right time to introduce their children to a second language is. There are so many things that we want for our kids, and choosing what to introduce them to and see what they like is a fun process but we also don’t want to overwhelm them! Language is one of those that you can do for fun, for educational purposes, to encourage a greater understanding of your child’s culture, and/or to set them up for greater opportunity later in life. Preschool years, especially the first three years of life, are believed to be a vital period in a child’s life. Therefore it is the best time to introduce a second language. This is the time when your child is already learning so many things that the addition of another language can even seem just as ‘one more thing’.

This gives them a greater opportunity to be bilingual. While learning and knowing another language in general is beneficial, being bilingual is a different level of this. The ability to know two languages to the same degree (for the most part) and not have a detectable accent in either is greatly advantageous. It gives your child the ability to ‘switch’ into one language and into the next naturally. That being said, most bilingual speakers do find that one language is their ‘primary’ language and the ‘secondary’ is just a close second. Tips for teaching your child a second language

As we have already gone over, it’s important to re-stress the idea to start early with language learning.

Think about the phrases that you say to your child every day, such as ‘good morning’, ‘good night’, ‘what would you like’, etc. Start saying these phrases in the intended language and it will become natural very quickly due to the repetition.

The phrase ‘use it or lose it’ greatly applies to language learning. Learning a language takes time and consistency and taking some time away from it may mean starting at a different level later on. So incorporate language learning into daily life to give your child a greater ability to reach bilingual abilities and have stronger language skills in general. Consider daily things you do at home and out and about and decided on a couple of activities every day to do in the language being learned.