How to save your sanity, be happy and still do a decent enough job of raising your children | Toddle About Skip to main content
Go Back 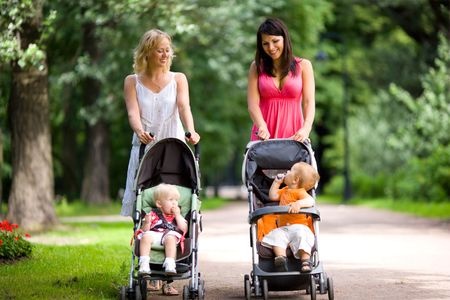 Research indicates that a 20 minute walk each day can vastly improve your positive thinking and levels of happiness[/caption] Parenthood (noun) : the state of being a parent and the responsibility involved. And don't we get in a right old state at times? Whilst our heart is filled with love, our days are full with tantrums, our hair is full of snot and food remnants, whilst we all undertake a second career in the art of eating meals and saving the world one handed. The media, with its high benchmarking of family life, portrays a soft-focused immaculate home with picture perfect cherubs chuckling away whilst wrapped in the fluffiest white towels. In reality, there is an unwashed, sleep deprived mother chasing their stained vest little monkey across an assault course of abandoned toys whilst feeling more like throwing the towel in. Is there a way to find a happy medium and realistic balance of positive parenting? Yes, I believe there is.

You probably feel you are already doing this when you ask your mini-me to tidy up or a similar task, only for it to be blatantly ignored. Talking to yourself can work another way too; talk to yourself with kindness, like a positive affirmation. "I am doing a great job", "I am giving my best today," or if all else fails, the good old counting to ten (and sometimes counting again) to help you calm down in the moment.

Pack up your guilt

I became convinced years ago that the injection they give you post-labour has nothing to do with releasing the placenta; I believe it is a good old shot of guilt. Suddenly, despite nine months of preparation, this overwhelming sense of guilt kicks in. Every action comes with accountability and the most crippling level of guilt. "I'm doing it wrong", "I'm not good enough" or a simple "I've just had a coffee when poor old Tommy has only had three milks, two breakfasts and a trip to playgroup, the poor deprived little soul". STOP. There is no right way, let alone a perfect way to raise a child. If your heart and intentions are true and your child is fed, watered, warm, clothed and loved, you've made it.

No, I don't mean yelling these words at your offspring (although it is inevitable that you will at some point in the next thirty years of their life), I mean you; get out. Your knowledge of current affairs has probably dropped to shockingly low levels, ever since your BBC News became superseded by Cbeebies, but there is still an outside world. Research suggests that just a twenty minute walk a day can vastly improve your positive thinking and levels of happiness. And lets face it, you may as well go for a good old twenty minute walk, to make the twenty five minute preparation time of catching your toddler, locating their shoes, donning the slightly dirty outdoor wear, stripping off said donned clothes to change the last minute just-had-a-poo nappy, remembering where you put your keys and grabbing a small hamper of emergency snacks and bribes.

I hate to be the bearer of bad news but you cannot win every battle with your child. It is the yin and yang of parenting that sees you develop a bond so you and your child get to know each other inside and out, only for them to take this newly discovered information and know exactly how to press your buttons. As a mother of four, preparing for the school runs makes me sound like I have had a former career in horse racing commentary, as you hear me saying without breathing "Get-your-jacket-on-where-is-your-homework-don't-lick-your-sister-no-you-cannot-change-your-name-for-the-day-to-confuse-the-supply-teacher-put-your-cardigan-on-the-right-way-no-it-isn't-opposite-day-have-you-brushed-your-teeth-what-about-your-hair-seriously-your-name-is-Harrison-not-Hercules-so-just-be-honest-with-the-supply-teacher-where-have-you-put-the-lunchboxes-and-why-are-you-still-in-your-pyjamas-at-8.30?" Choose your battles. It is not the end of the world if they look a little scruffy from unbrushed hair and you can cope at those judgemental eyes that bore at you for taking poor little Johnny out in the cold with no gloves or socks on (when actually, aside from gaffer taping them on, you have tried everything to keep them on for the last twenty minutes of your life) or the fact your daughter has been dropped off at nursery in her pyjamas following soul destroying requests for her to get dressed for over an hour and a half. One day, your stubborn, willful and resilient child will use the tools to change the world, so save yourself the stress and let them be Hercules for the day.

"The more people have studied different methods of bringing up children, the more they have come to the conclusion that what good mothers and fathers instinctively feel like doing for their babies is the best after all." Benjamin Spock