One of the most memorable parts of being pregnant is having the freedom to name your child whatever you want. Find the perfect baby name for your child with these tips.

Choosing your baby’s name is a huge responsibility. Your baby's name will be the primary identity for the rest of its life. The name you choose will have consequences, as your decision can lead to them getting praised, ignored, or bullied for their name. So, if you are considering using your beloved great aunt Muriel’s name, you might want to skip it.

Many people start thinking and noting down baby names from middle school. If you have no clue about what to name your child, some guidance might be necessary. A name is something permanent and is rarely ever changed, so select a name carefully. Here are some useful tips that can help you find the perfect baby name. 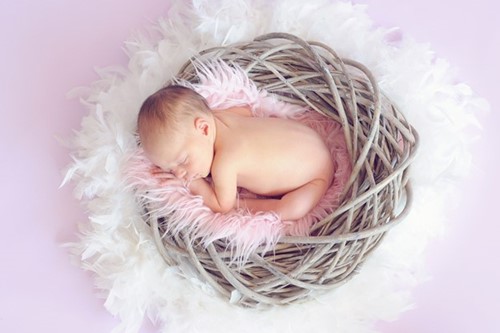 Your baby’s name would be their own unique identifier. This is literally the first step of building their identity. A person’s name gives their first impression. It shapes their image and gives you an idea of the person.

Since it is a unique identifier, it is better to make your baby’s name as uncommon as possible. Every person wants to feel rare and special, which can be difficult when they are named Tom, John, Jane, etc.

If you shout the name you want to give your baby in a crowded street and get multiple responses, it might be wise not to use it. Don’t get lazy and settle for a common name that sounds pleasant to you. You want a name that captures people’s attention the moment it is uttered.

Names are given a lot of importance in some cultures. In the past, the Japanese were not allowed to name their children using names that belonged to a ruler or their relatives. To this date, calling someone by their given name is considered rude unless you are a close friend or acquaintance.

Naming people in Japan is almost like an art. The parents put a lot of thought into it. For example, they consider the meaning of the kanji characters or the number of strokes. They tend to create a harmony between the surname and the given name.

Most cultures have a dominating naming process, and if you have a vibrant ethnic background, you can take your culture as an inspiration for how you name your baby. You will find many cultural conventions that you can follow to help your child become a part of the community.

Some languages are simply pleasing to the ears, like French, Japanese, Arabic, etc. Becoming a parent gives you a great opportunity to introduce your culture or other cultures to your baby. If you are enthusiastic about foreign languages, you might want to consider giving your child a foreign name. Foreign words with beautiful meanings can be great options for your child’s name.

For example, the word Sakura means cherry blossoms and is common in Japan. However, it may not be common where you are from, and you use this name for your baby.

However, you must be careful with what word you use. Some foreign words even sound beautiful and have a nice meaning, but using them might not be appropriate.

You need to have a full understanding of the meaning and any cultural or religious significance it might have. It will be quite embarrassing to use a word that means something insignificant or bad. You also wouldn’t want to offend anyone, so you must figure out whether you can use the word before you can name your baby that.

Some families have strong views on naming their kids. Using names that used to exist in the family is a common practice. People often tend to name their kids after their favourite aunts, uncles, etc.

Some people want to pay homage to their parents or grandparents, and either give their child the same name or use the same initial letter to name them. For example, if your grandfather’s name was ‘Alexander’, you might want to name your son ‘Adrian’.

However, one bad side of using old family names is the possibility of giving your kid a name that sounds like they have been dead for the past 100 years, such as Ebenezer, Buford, Angus, etc. By naming your child something like that, you will be simply signing them up for bullying.

Many people tend to follow trends. For example, if Kylie Jenner has named her daughter Stormi, doesn’t mean you should too. Popular characters, celebrity names, etc., should be avoided while naming.

Whatever is in trend now won’t always be in trend. Especially when you name your child after a living celebrity, you never know what they might do to mess up their reputation.

The last thing a new mom wants to hear is, “Oh you named your child after this person?” The judgment that carries this question is always rude and uncalled for. Following the trend for names is never a great idea.

Also, remember that a lot of people in your child’s class will have the same name due to their parents following the trend. If you want to keep your child’s name uncommon, don’t follow the trend.

Your Baby Will Be A Grown-Up One Day

Don’t just give your daughter a name like “Baby”, “Strawberry”, “Precious”, “Banana”, or any other cutesy names. Your child will grow up and become an adult. The taunting and the harassment they will go through as adults due to these names is simply not worth it.

They might not get taken seriously in an office setting due to this. Before you name your child, remember that they will also become an adult someday. However, this doesn’t mean you should name them Judith or Maurice.

Now that you know these tips, you can give your child a nice and meaningful name. So, give it a lot of thought, do your research, and choose something suitable and wonderful.