By Natalie Young, Owner of Gymboree Warwick, Childcare Practitioner, Chiltern trained Nanny and mother of one. 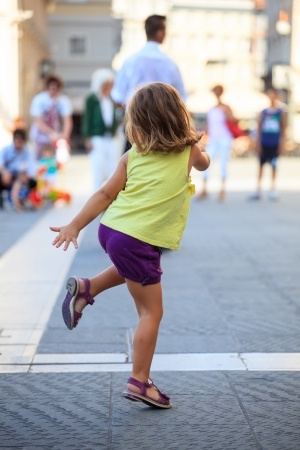 Music send us into a world of movement, making us instantly want to dance - no matter how old we are! Throughout my life I have met many children, babies and toddlers, each very unique but each with something very special in common: the ability to be completely captivated by the sound of music. Generally, this is carried through into adulthood. Physically, music sends us into a world of movement, making us instantly want to dance. Mentally, it has the power to draw out memories and emotions from forgotten moments in our life, whether they be 20 years ago or yesterday. This is the same for a child. When carrying my firstborn, I excitedly approached 16 weeks gestation, which is the point where research has proven that babies can listen and respond to sounds heard from outside the womb. I began playing classical music and singing to my bump, when indeed I would feel her flutter away in her peaceful pod, safe inside my womb. This music created some our very first moments of connection, marking the beginning of a lifelong mother and daughter bond. I am sure many parents out there have shared this exact same experience. My earliest memories with Isabella as a newborn are of singing to her. She suffered from severe acid reflux and there were many hours where my partner and I held her - rigid in pain - in our arms. Singing seemed to soothe her as well as us.

From the moment our babies are born, not only do we sing to them but we also talk to them. This soon evolves into constant chatter and babble, especially when they attempt their first sounds back at us! I often became lost in Isabella's little world, conversing with this tiny individual... although the sounds made no sense whatsoever, the connection, eye contact and body language was incredibly powerful. Talking to babies day after day submerges them in a world of words. Introducing babies to music from an early age has the same impact on a baby’s brain as talking to them. The parallel between language and music comes from the concept of receptive awareness. All children begin in a receptive stage of development before progressing to an expressive stage. Bath time soon became about music and my very young baby soon learnt to expect my repertoire of nursery rhymes. Her face danced with wonder, and her eyes alert with excitement, not at all bothered by my screechy tones and lack of variety in songs! Repetition lays the foundations in a baby's brain for all areas of developmental learning, and it helps them feel safe and secure. So babies and young children revel in the fact that they know what is going to happen next! As tedious at it may be for us, we all know babies love to do the same thing over and over (and over) again! My daughter is now verging on toddlerhood. A stage that I am sure will invite a whole new level of exploration into the world of music. In my journey as a childcare practitioner, my finest moments have to be dancing around to music with my little pre-schoolers. It was only during these periods that I was truly able to witness some of the shyest children come out of their shell, and the busiest of children feel focussed enough to channel their energy. As well as my personal journey through the magical way children relate to music, the facts also speak for themselves. The results of some of the studies conducted on the power of music are staggering. Don Campbell, the bestselling author of ‘The Mozart Effect’ concluded:

Research has also proven that pre-schoolers who were exposed to music lessons, group singing and multi – sensory stimulation early on their lives scored the highest when tested on their spatial reasoning - a skill beneficial to succeeding in maths, science and engineering. This test was carried out by psychologist Frances Rauscher of the University of Wisconsin at Oshkosh and physicist Gordon Shaw of the University of California at Irvine. Wagner H Bridger, who wrote the famous study "Sensory Habituation and Discrimination in the Human Neonate." Concludes that, "Even the youngest infant is wired to receive music and discriminate among differences in frequency, melody, and stimuli". Before becoming a mother, I always viewed music as an incredibly powerful medium, and assumed the ability it had on motivating me to clean, exercise and other mind numbingly boring tasks had to be it’s limit! But, I have since discovered a whole a new layer to music, and the endless impact it can have on our children’s development is by far my biggest revelation. 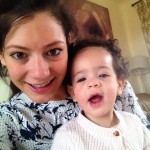