Harry’s Rainbow founder Odette Mould with 360 Play mascot Twirl. Both are hoping for a great turnout at the fundraising summer disco on August 10th.[/caption] The Harry’s Rainbow Charitable Trust is to host a summer disco at Milton Keynes’ favourite family entertainment centre 360 Play at Knowlhill on Wednesday, August 10th. Harry’s Rainbow is 360 Play’s official Charity of the Year for 2016 and as such is teaming up with the venue to hold a variety of events during the year to raise valuable funds which will help local children through bereavement. Thousands of pounds have already been raised and awareness for the charity increased during the first seven months of it being officially linked with 360 Play and all proceeds raised on the night of the disco will be donated to the charity too. The event will be held from 6pm to 8pm and will be attended by Corina’s Disco and a host of VIP guests from across the city. This great family occasion for a great cause will also include games and all the usual 360 Play indoor and outdoor (weather permitting) fun activities so there will be plenty for everyone to enjoy. The VIPs will include mascots from fellow Milton Keynes organisations such as Planet Ice Arena, Gulliver’s Land and MKFM who will join 360 Play’s own Twizzle and Twirl to help the evening go with a real swing!

The centre’s café will also be available for those wanting to treat themselves to a meal out, while every child attending will be offered a FREE Slush Puppy. "Harry’s Rainbow is a great local charity doing tremendous work in the community and we encourage families with young children to come down to 360 Play on August 10th to have lots of fun and at the same time raise some valuable funds for the organisation,” said 360 Play’s group sales and marketing manager Billie-Jan Humphries. “It will be a really fun night with all our usual play activities and lots more to enjoy, so will be a great way to spend a summer’s evening during the holidays.” Find out more details and register here. 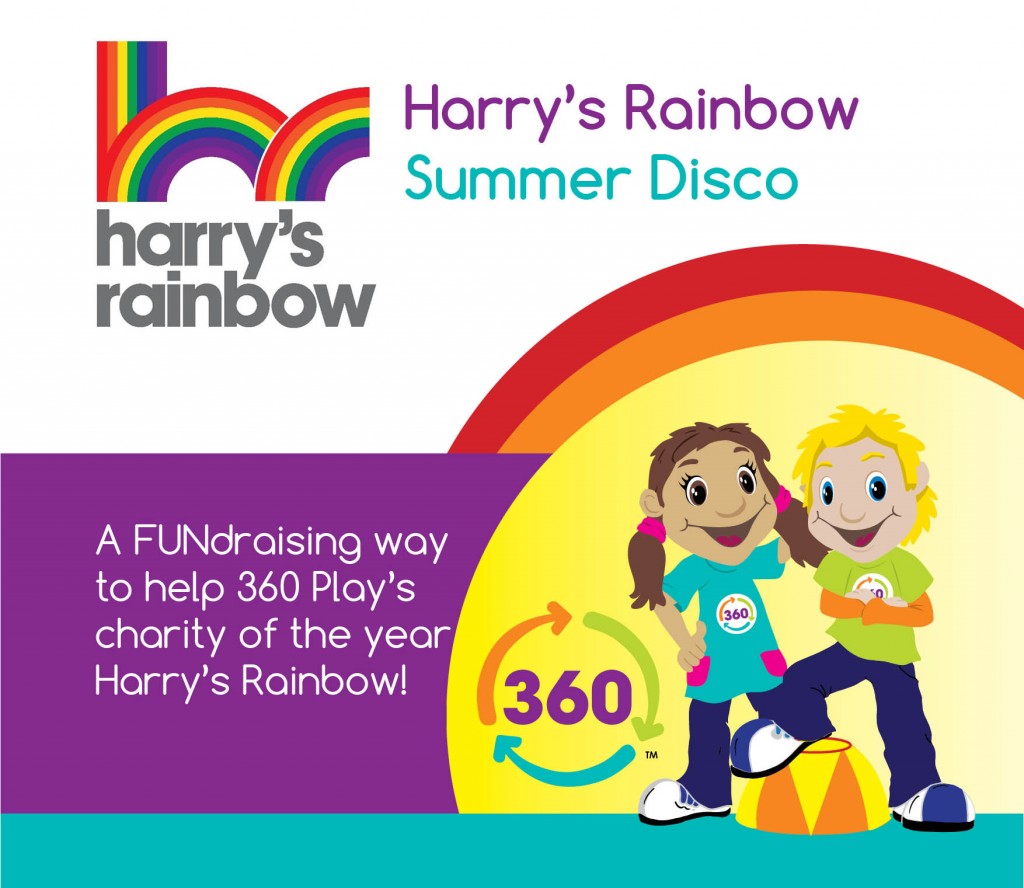