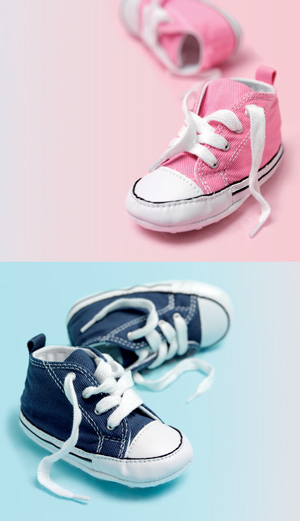 GNP is about giving kids the space to decide what they like and don’t like without parental praise or criticism influencing them one way or the other. My 3 year old son has a preference for pink. He always wanted the pink blanket, pink shirt, pink pacifier. Luckily, at his age he isn't aware that he isn't “supposed to” like pink. Pink things are in the GIRL section at children's stores and I know I can't keep him from one day noticing that all the boys steer clear of the pink section. Worse, I fear that he'll learn the first time someone calls him a “sissy” or tells him he's “gay” because he happens to like a certain colour. Don't get me wrong. I have no problem with my son being a “sissy” - a horrible term for boys that are less into sports, war games, and physical play - nor with him being gay. I want him to be who he wants to be without the outside influence of strict gender stereotypes. This type of parenting, where parents aim to raise kids without the strict rules that govern boy/girl behavior, is called Gender Neutral Parenting or GNP. When I tell people I use GNP with my kids I get a number of responses that show a lack of understanding of what that means. I'd like to share with you some of these misconceptions and some of the benefits of GNP.   “You'll make him gay.” This is my least favorite comment because my honest answer is, “so what?” I want my kids to be who they want to be. If that is gay then I will support them completely. But, someone who says this usually means they don't want their kids to be gay and very little will dissuade them from that stance. I can tell them, however, that being gay is NOT something you can force on a kid or accidentally encourage them into. Studies show that even children raised by lesbian mothers or gay fathers aren’t more likely to be gay themselves.

Even more distressing; research at San Francisco State University found that homosexual adults who experienced negative parental/caregiver reactions to their sexuality were “8.4 times more likely to report having attempted suicide, 5.9 times more likely to report high levels of depression, and 3.4 times more likely to use illegal drugs.” The bottom line? You can’t make your son gay or not gay nor determine his gender for him. The only thing you can control is how supported or rejected he feels by his parents. Shaming him out of princess dresses will have no effect on his gender or sexuality but it will form his memories of what love and support look like and he’ll carry these into every relationship he enters.   “What's wrong with being masculine/feminine?” This comment espouses the idea that GNP is about disliking masculinity (or femininity). When people hear “gender neutral” they envision androgynous children in beige clothing playing with plain wooden blocks. This is NOT the goal of GNP. The “gender neutral” in GNP refers to the neutrality of the parents not the children. GNP means I didn't force the dinosaur when he reached for the doll AND I didn't force the doll when he reached for the dinosaur either. My daughter's favorite colour is also pink and she loves unicorns and princesses and other stereotypical “girl” stuff. My pink-loving-son's twin brother would rather throw a ball, run, and crush things with his toy dinosaur all day. GNP isn't a method for steering your kids away from gender-conforming roles or towards gender-bending roles. GNP is about giving kids the space to decide what they like and don't like without parental praise or criticism influencing them one way or the other. (It's too much to get into here, but even the most gender-neutral parent is still going to be influencing their child in more subtle ways called implicit sexism. I have some great ways to counter this hidden-sexism in the book and at my website.)   “You can't shelter your kids from reality.” This is very true. Short of living in a cave somewhere remote, we can't keep our kids from seeing sexism. And I for one wouldn't want to. I don't want to raise kids that hide from the world. I want to raise kids that can change the world. If I hide from them every type of negative stereotype they will grow up to be ignorant and gullible. Instead, I want them to question gender stereotypes, deeply analyze their affect on people and communities, and make decisions that honor their inner selves and serve mankind. You can't do this by keeping them from ever seeing sexism. A good example of this is the Barbie doll. People are sometimes startled that my kids have a few Barbie dolls (and I'll admit it, some of them were mine!) They think that GNP means forbidding highly gendered toys that send a negative message about women's bodies. Actually, forbidding something simply makes it more desirable. Plus, you miss the irreplaceable opportunity to talk about body image and sexism with your kids. With Barbie in hand, I can say, “Do you know anyone real who is shaped like Barbie?” or, “Would Barbie be able to walk on those tiny feet? What about playing basketball?” By engaging my kids in discussions about sexism and gender stereotypes I help them become savvy adults that can view media and think critically about it. GNP isn't about sheltering. It is about raising kids who are aware of sexism and its effects.   “Your kid is not a social experiment/he'll get teased/he'll need therapy.” I group these comments together because I think they speak to a common worry of very conscientious parents. All parents want to protect their children from the harsher side of the world. As I said above, I'm not looking forward to my son realising people will judge him for the colour he prefers. But, if we are honest, all parenting is a social experiment. A newborn baby knows nothing about the world. Besides crying and suckling, he is depending on his parent to guide him in everything else. Do we want to parent from fear? Do we want her to think that conforming to societal expectations is a virtue? Or do we want them to reach higher than the status quo? If my son comes home and says he was teased because of the Hello Kitty backpack that he chose for himself, what am I going to say? “Well, let's go buy a Iron Man backpack instead”? Is that the message I want to send - that conforming is the best route and that the victim of the bullying has the burden to change? No way! I'll ask him if he thinks he is less a boy because of the backpack he chooses. What does he think is a good response to the kids? Helping kids solve their own problems is a wonderful skill for them to have (which doesn't mean you won't intervene when needed). He might choose to use a different backpack but it won't be because he thinks his mom wants him to and it won't be without discussing the limiting nature of such strict rules of being a “boy.” Unfortunately, we all too often see schools doing the former. Victim-blaming the bullied child by saying they need to fit in more or “man up” and take the bullying. This is exactly why GNP is so important to me. It is so wrong that in 2014 we have adults running our schools that think teasing and conformity are necessary stages of child development. That bullying “toughens kids up” and prepares them for the “real world.” I think L.R. Knost says it best: 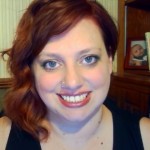 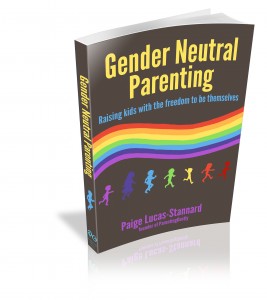 Paige Lucas-Stannard is a parenting educator and writer, and the founder of ParentingGently.com which offers resources to help progressive parents find their authentic voices and implement respectful, values-based (and fun!) parenting in their homes. Her new book, “Gender Neutral Parenting: Raising kids with the freedom to be themselves” is available from Amazon. Follow Paige on Twitter: @parentinggently