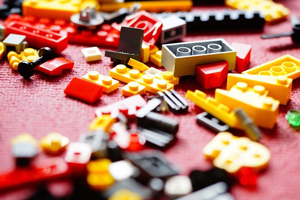 How can we help kids take a more positive view of tidying up[/caption] By Lisa Lyons, a Managing Director at Plastic Box Shop and a busy mum of two. Here she takes a look at some simple yet effective ways to encourage your kids to tidy up after themselves. If you are anything like I used to be, telling the kids that it’s time to tidy up can often mean an hour or so of frustration and nagging, followed by swift acceptance that the only way any tidying will get done is if you do it yourself. Toys are left out of the box, clothes and towels are scattered across the floor, and shoes are to be found in places that you would have never dreamed they could be. I used to find myself wondering if this routine would ever end, or whether I would be tidying up after them until they were old enough to know better. But then I decided to sit down and really think about where I was going wrong, and what I could improve to help my kids take a more positive view of tidying up. What I came up with was a plan, a plan that I’ve boiled down to five easy pointers to help all of the other despairing parents out there. They’ve really worked for me, and I hope you find them useful too.

1. Don’t be afraid to show them how

While one of the things that you are trying to avoid is tidying for your children, don’t be afraid to step in and demonstrate how you expect things to be done. If they have something like a shoe tidy or a toy box, spend some time showing them how things should be neatly packed away, and don’t forget to stress how easy it is. If you give them the tools to be able to tidy, they will be much more likely to do so. You might have to repeat your demonstrations at various intervals to reinforce the point, but sooner or later they will begin to carry out the actions themselves.

Remember that, even to an adult, a difficult task can seem a lot easier when broken down into a few key stages. For example, if there are clothes everywhere, have them sorted into four or so piles according to category. Then they can be tidied away more easily — socks together in the sock draw, coats and jackets in the wardrobe, and so forth. Get your children to focus on one part of their room at a time, and this way they will see it as a step-by-step process, rather than one huge mess that will take forever to tackle. Emphasise that every bit that they deal with brings them one big leap closer to the end goal of a tidy room.

3. Reward them for good work

Remember what Mary Poppins said? ‘A spoon full of sugar makes the medicine go down.’ The magical nanny may have been fictional, but there is a lot of wisdom in this slogan, especially when it comes to tidying. A reward or return of privileges can make it feel as if all the effort is worth something, and you are likely to see a quicker turnaround in events if your child knows there is a nice surprise waiting for them afterwards. You can take a more carrot-on-a-stick approach of having a big reward when the tidying is complete, or you can break it down into more incremental stages, such as ‘once the clothes are tidied up, you can play video games for half an hour’. When it comes to inspecting their handiwork, it doesn’t have to be a prison-style surprise visit or a set deadline. You can let them come to you when they have finished, but you shouldn’t be afraid of poking your head around the door if you have suspicion that tools have been downed. Don’t hold back with praise either — it’s all part of the positive reinforcement that can have a great effect.

I am a firm believer that when children are old enough, they should take sole responsibility for tidying their rooms. For my kids, this was when they began attending secondary school, but you might have a different age in mind. At this point, you should sit them down and have a positive conversation about being mature and keeping things orderly. Tell them they can do it and give them some clear expectations. If they have any objections, be patient and talk through each one with them. Many children react very well to this empowerment and sense of responsibility — it makes them feel more grown up.

5. Settle on a routine

If you are able to come to a mutual agreement about a new level of responsibility, you should work towards establishing a set routine that both of you agree to stick to. Not only will this keep things ticking over nicely, but it will reduce the amount of battles in the future. Save small tasks for weekdays after school, and larger, more thorough tidies for the weekends. Again, you can make use of rewards at the weekends to positively reinforce the routine, for example: ‘bring your drinks glasses down in the mornings and you can watch the TV’ or ‘bring your washing down and we will have your favourite thing for tea.’ Take the opportunity to give some of these tips a go and I’m confident you will have the same amount of success as I did. Remember that it doesn’t always have to be a battle and to approach things with a bit of patience and you will be set for the future.