Early Signs of Autism Skip to main content
Go Back 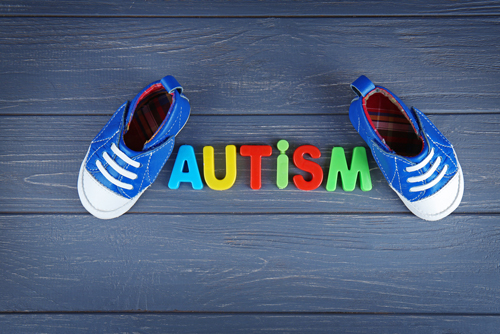 Guest post by writer, Annabelle Short. Worrying that your child is developing differently to their peers can be very frightening, however it's important to take action early to ensure your child maximises their potential and gets help with anything they find challenging. Learning your child may have Autistic Spectrum Disorder (ASD) may sound like bad news, yet many people on the Autistic Spectrum live full and happy lives, with successful jobs, hobbies, partners and families of their own. ASD is a developmental disorder that comes in varying degrees and manifests itself in early brain development. Outcomes can be very different when parents take the initiative to get a diagnosis and apply strategies to assist their child, removing invisible barriers and obstacles that neurotypical children don't encounter.

According to the National Autistic Society, nearly 700,000 people in the UK fall somewhere on the spectrum. To put that into perspective, that is about 1 in every 100 people with some form of autism spectrum disorder. In addition to this statistic, autism is also far more prevalent in boys than girls. In fact, Ambitious About Autism found that in the UK, boys are about 4 times more likely than girls to be diagnosed with some form of ASD. With these statistics on the rise, it is more important now than ever that a parent can recognise the signs of autism in their child. You might also be surprised to learn that you can start noticing signs of autism in your child as early as 6 months old. With warning signs relayed this early on, you have to know what to keep an eye out for.

Before you know what signs to watch out for, you need to know what you are watching out for in general; the “big picture” so to speak. So, we’ve all heard the name and even seen some of the signs but, at its core, what is autism? The first thing to remember is that autism is a spectrum. This means that not all children with autism will show the same conditions with the same severity. However, generally, those with autism will have issues in the following areas:

This list is limited and, once again, general. Depending on where a child falls on the spectrum, they may show varying degrees of these characterisations.

What Signs Should You Watch Out For?

Now that you understand what autism is, let’s get into what you should look for in your child when you are trying to spot autism. Remember, as a parent, you are the closest to your child and the best authority to notice abnormal behaviour. This infographic from Regis College is a great resource for introducing you to the signs of autism.

Most babies begin to be rather expressive by the age of six months. A child that places on the autism spectrum, though, may have trouble with this. With these children, you might not see the same warm, joyful expressions as with other children. This means that they will lack the large smiles and loud laughter that other babies show at that age.

In addition to expressions, you might notice your baby having trouble with interaction at around 9 months. This means that they might not smile back at you when you are playing, make much sound, or generally show much expression.

Getting Ready to Talk

One thing that most babies do before they start talking is babble. This is the traditional “goo-goo-gah-gah” baby sounds that you hear a baby make when they are attempting to talk before they can. With an autistic child, though, you might notice that by 12 months, your baby hasn’t started babbling or attempting to talk.

Another thing that most children do is make reactionary gestures to the world around them. Even watching a baby in the grocery store, you are likely to see them point, reach, and wave. However, if a child doesn’t start exhibiting this behaviour by the time they are 12 months old - in combination with the other factors on this list - this might be a sign of autism.

Most of the time, children speak for the first time at around 12 months or even as early as 9 months. This isn’t to say that they will be creating full sentences but this is around the time that you will hear words like “Mama” or “Daddy”. An autistic child, however, usually won’t show any signs of speech by 16 months. Further evidence exists if the child can’t put two-word phrases together (imitation and repetition not included) by 2 years.

Finally, you should be especially attentive to any regression. This means if your child shows any loss of vocabulary, speech skills, or social skills at any age, it’s a red flag. In a person with autism, stimming refers to specific behaviours that include hand-flapping, rocking, repetition of words. Stimming is almost always a symptom of autism, and it's usually the most obvious.

What Should You Do If Your Child Shows Signs of Autism?

Above all; do not wait. You should contact your child’s doctor immediately and see about getting them checked and diagnosed. If you are wrong, the doctor will be able to tell you so and you can wait for your child to catch up. After all, some children just take a little longer than others to develop. If you are right, though, and your child has autism, getting them diagnosed early is absolutely crucial. To get your child diagnosed, there are a couple steps that you need to take. First, you will need to go to your general practitioner and explain the situation so that you can get a referral to get a paediatric assessment. This process might include a paediatrician, a psychiatrist, a clinical psychologist, a speech and language therapist, and an occupational therapist. The diagnoses process usually involves two parts - a discussion with you about your child’s behaviour and an observation of your child as they play and interact. Once your child is diagnosed, you should speak to your child’s doctor about how to move forward. They will be able to give you an idea of your child’s treatment moving forward. You should also consider talking to your child’s school - if they are old enough - about accommodating your child’s needs. 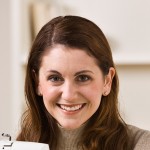 Annabelle Short is a writer. She works with several different organisations to provide families with the best resources for raising and educating a special needs child. When not working, she’s spending time with her family or putting pen to paper for her own personal pursuits. Annabelle is a mother, and she loves sewing and making crafts with her two children.

* Disclaimer: This is a guest post. Toddle About does not endorse the content of this post nor any products or services promoted within it. The content of this post is not intended as medical advice – you should seek the advice of a medical or otherwise qualified professional before acting on any advice in this article.

Guide to using social stories for children with autism, by Autism Parenting Magazine