Controlled Crying | Toddle About Skip to main content
Go Back 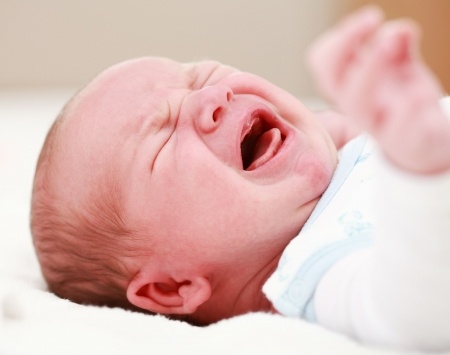 There is no definitive evidence yet to say whether Controlled Crying is harmful to children or not. But 'no evidence of harm' is not the same as 'evidence of no harm'. Leaving babies to cry for a predetermined period of time in order to teach themselves to fall asleep (or “self settle”) was introduced by Dr Emmett Holt in his 1895 book ‘The Care and Feeding of Children’, this idea was then popularised by Dr Richard Ferber (which gave rise to the term “Ferberisation”) in his 1985 book ‘Solve Your Child’s Sleep Problems’. Since then many baby care authors have picked up on the trend of leaving babies to cry for an increasing period in order to encourage them to get themselves to sleep and not wake in the night.

More importantly however is how we define ‘does it work?’ Controlled crying, and similar techniques, can initially make babies quiet throughout the night, which can often lead to better sleep for the parents for a limited period of time. When it comes to the baby though, it is unlikely sleep has changed at all. It is highly likely that the baby is still waking just as much as before, just no longer alerting his or her parents to the fact they have awoken. This may initially appear appealing, however it does throw up several alarming thoughts, in particular – what if the baby is in physical distress and does not alert the parent? For instance if they have vomited or have a blanket over their face - this has potential to be a SIDS risk. In addition is how parents really feel about the idea that their baby is awake and potentially hungry, lonely or scared, yet has been trained to know that there is no point in crying because their parent will not come to them. As a parent it is important to consider your long term parenting goals as well as those in the short term. A short term goal may be ‘to get a little more sleep to be able to enjoy my baby more’ and a long term goal may be ‘for my child to know that I am always here for them and that they can always come to me with their problems’. If we think about how controlled crying fits with these goals we can see that while it may help in the short term, in the long term it is often completely at odds with what we want for our children and in particular the type of relationship we would like with them. Most parents would like their children to know that they can rely on them to always be there, however what are we teaching a baby when we practice controlled crying on them?

Of more concern is the long lasting psychological and physiological consequence of controlled crying. Sadly there is no definitive research either way and much work needs to be done before we can make any firm conclusions. What we do have though is a couple of studies we can work with. In 2012 researchers found that babies who have been trained to not cry out through use of controlled crying were not calm or ‘self soothed’ - their stress hormone levels actually remained just as elevated as the days previously when they cried a lot. Why if they were so distressed did they stop crying for their parent? The obvious assumption here is not because they had now learnt the advanced skill of ‘self soothing’, but that they had learnt it was futile to continue crying. Further research in the same year attempted to put to rest any assumption that controlled crying was ‘bad’ for infants and confidently published findings which stated that it caused no long lasting ill effects. The research however was full of significant flaws, such as failing to check if those in the experimental group had actually done controlled crying and failing to check if those in the control group (who were not meant to sleep train) actually did. It is highly likely the research was not actually measuring what it said it was. In addition the only attempts to investigate whether the controlled crying had caused any ill effects was to ask the parents their thoughts and to check stress hormone levels in the child’s saliva five year post sleep training, both of which are dubious measures at best. What research needs to look at is brain imaging – particularly in areas such as the hippocampus which is known to be affected by long term stress and to check other markers such as attachment style and cognitive ability. Sadly this research has not been done and until it is we are not able to say one way or the other that controlled crying is either safe or damaging to infants. The last issue with controlled crying is the gross misunderstanding those who advocate it have of a young baby’s brain and neurological development. Controlled crying presumes babies think logically and rationally and have the skills of emotional self regulation (which is what is really meant by ‘self soothing’). These skills however are far too complex for a small baby and even toddler. They are not skills that can be taught, they are developmental milestones, just like walking and talking. Sleep training a baby in order to teach them to ‘self soothe’ is as ludicrous as trying to teach a three month old to walk when we think of it in neurological terms. It just isn’t possible. When a baby is born their brain is incomplete - not only is it smaller than an adult’s brain, the vast majority of its 100 billion neurons are not yet connected into networks. Babies simply don’t think like we do – the neocortex, the home of logical thinking, does not really spring into life until 3 years plus. Before that, a baby’s brain is very primal, focused on survival and basic emotions. That said, early experiences can and do have a big impact on the wiring of an infant’s brain - a baby’s brain has twice as many synapses (connections) as the child will eventually need. If these synapses are used repeatedly they are reinforced. If they are not used repeatedly, they are eliminated. Therefore we can cause permanent changes in the brain structure of our children, both good and bad. Depriving a baby of the love and contact they need in infancy alters the neuroplasticity of the brain, changing the wiring in the relationship part of the brain which affects the individual’s experience of relationships long into adulthood. Research on the impact of early attachments confirms that warm, responsive care giving is essential to healthy brain development and ironically, those babies who were allowed to be attached as a baby are the ones that can truly self settle as older children and adults.

This is one topic that science cannot definitively give us an answer for, however it is important to remember that at this stage having ‘no evidence of harm’ is not the same as having ‘evidence of no harm’. In my opinion, the best guidance for parents considering controlled crying and other forms of sleep training is to trust their instinct. How do they feel about leaving their child to cry for several hours per night for several nights? How does the technique fit with their long term parenting goals? Would they like to be treated in the same way by somebody else? In the end we usually find our best answers this way.

Sarah Ockwell-Smith is a mother of four who initially studied Psychology at University. After a five year career in Pharmaceutical research she retrained as a Homeopath, HypnoBirthing Teacher and Doula - an eclectic mix of scientific and holistic viewpoints! Since then Sarah has worked with over 1000 parents; helping them to settle into life as a new family and to cope with the challenges of raising their children through the toddler and later tween years. Sarah specialises in gentle parenting methods, particularly when it comes to sleep and coping with difficult behaviour. She is also the founder of the parenting website www.gentleparenting.co.uk Sarah’s new book, The Gentle Sleep Book, released March 2015, is published by Piatkus, trade paperback. RRP £13.99