Children and Screen Time: Raising Your Kids in the Digital World Skip to main content
Go Back

With the age of digitalisation commencing, the world is not the same as it was just a few decades ago. From mobile phones to desktops and game consoles, this generation is presented with an abundance of digital devices to keep them entertained. We quite often hear our older relatives say “back in my day we never had any of this technology stuff”, since raising children now has changed drastically from previous generations.

It’s no secret that technology now plays a prevalent role in children’s lives, with both positive and negative effects. Too much of anything is bad for you, and the number of hours children spend staring at a screen is no different. To discover the true extent of just how much time children spend on their favourite digital devices, we look further into the stats behind this. 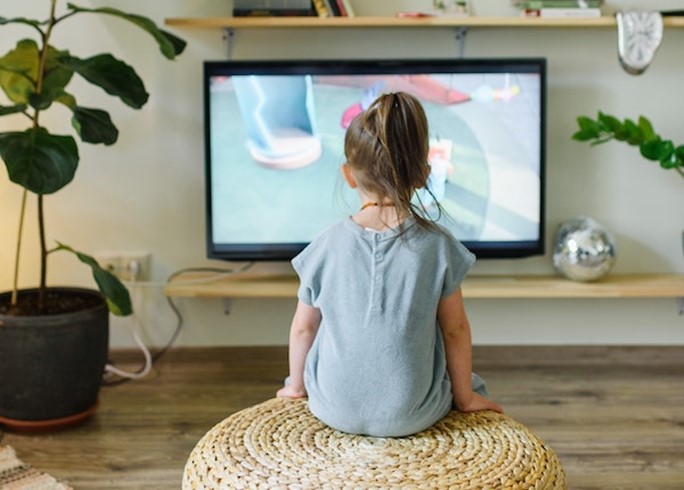 According to data collected by Ofcom, children as young as three and four use technological devices as part of their everyday life. As for the types of digital devices that are popular amongst this age category, 95 per cent watch shows on a television set, while 36 percent watch on a tablet. Digital gaming is not so popular within this age group, with just 17 per cent playing online games.

As for slightly older children, Ofcom found that tablets are a popular digital device of choice. Statistics find that 37 per cent of 5-7-year-olds own their own tablet and 63 per cent use tablets to go online.

For children aged between 8 and 11, 74 per cent watch live broadcasted TV. Overall, 99 per cent watch films or TV programmes on some form of digital device for an average of 10 hours and 30 minutes per week. Online gaming is increasingly popular with children of this age too, with 66 per cent playing games online.

As for social media, this is still relatively low in terms of how many children of this age own an account, standing at just 21 per cent.

It’s a given that when children get older, their interests change—and it’s no different for their change in technological interests either. Social media is found to be the most popular with 12-to-15-year olds, with 71 per cent owning a social media profile. A further 81 per cent own smartphones and spend on average 11 hours and 36 minutes a week playing online games.

So, what does this mean for youngsters?

There are many advantages that technology provides to children that the generations before them did not have. There are a number of different online educational sources that children can use to teach themselves everything from maths to science, cooking to drawing—you name it.

Children also now have more ways than ever to entertain themselves through online gaming, videos, and streaming television content from all over the world. With this said, the world has now become more globally connected via online messaging and social media channels. This makes it easier than ever for your children to keep in touch with their friends and relatives.

The disadvantages and general concerns of digital device usage can’t be ignored, however. As children spend more time staring at a screen, they spend less time playing outside with their friends and socialising with people face to face. Many health studies have identified this as a cause of problems including obesity and behavioural problems.

When it comes to allowing your kids to use digital devices, it’s all about finding a balance. Here, we discuss some effective ways to encourage your kids to put the devices down and make time for offline activities.

It is easy for anyone, children or not, to fall into the habit of scrolling through social media or playing a game whilst sat at the dinner table or in a restaurant. To prevent your child having their eyes glued to a phone all the time, stop them using this through mealtimes. This will not only give them a break from their phones, but also encourage them to socialise face to face with the family.

Swap the controller for a coat

Encouraging children to spend time outdoors is vital—with research suggesting that young people who spend time outside tend to be happier, less anxious, and more attentive. So, put the device down, pick your children’s raincoats up, and enjoy the outdoors!

As discussed above, social media plays an increasing role in the lives of 12-15-year-olds. When asked what the main reasons are for using social platforms, 53.2 per cent of this generation Z audience agreed it is to “stay in touch with what my friends are doing”. Although staying in contact with friends is important—especially over recent months due to the impact of COVID-19—there are more ways than social media to do this. For teenagers especially, encourage them to take up a new sport or hobby. Other than improving their physical health, it gives them the chance to meet other people of their age who share similar interests. If your child isn’t into sports, other team activities such as singing in a choir, playing in an orchestra, or simply being a member of a community group such as Brownies or Cubs helps with building social connections. If you have younger ones, find a mums and tots group near you and get some social interaction together!

Finding a balance between online and offline for children is no easy task for parents. No one wants their child missing out on what their peers are talking about when it comes to the latest games and devices. However, it’s important to remember that life exists outside a screen, and encouraging them to explore the other aspects of the world is vital for their development.