Thousands of people are expected to take to the streets of Milton Keynes from February as the town is transformed into a giant walking and cycling game for its 50th birthday. Running from 1 February to 15 March, Beat the Street is a free, fun challenge which will turn Milton Keynes into a massive game where people are rewarded with points and prizes for exploring the town on foot or bicycle. As Milton Keynes celebrates its 50th birthday, more than 100 special sensors called ‘Beat Boxes’ will appear across town. Players can pick up their own Beat the Street card and map at their local library or leisure centre and swipe as many Beat Boxes as possible to receive points and win prizes.

Schools across Milton Keynes will be competing against each other to see who can travel the furthest and win sports and fitness equipment. Adult players are also able to create their own teams or register to join existing team or school to be in with a chance to win big prizes which will be announced in the next few weeks. The initiative is run by Intelligent Health on behalf of Milton Keynes Council’s Sustainable Transport Team. The aim of the initiative is to encourage thousands of people to explore Milton Keynes with their friends and family and discover something new about their area. More than 300,000 people took part in Beat the Street in 2016 in towns and cities across the UK including London, Birmingham, Nottingham, Reading, Liverpool and Belfast. Milton Keynes will be the first place in the country to play Beat the Street in 2017. 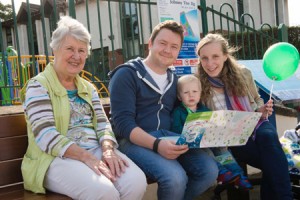 Beat the Street is being funded by the Department for Transport’s Sustainable Travel Transition Year funding awarded to Milton Keynes Council in 2016 to promote active travel and sustainable transport.