Are Sleep Regressions A Myth? | Toddle About Skip to main content
Go Back 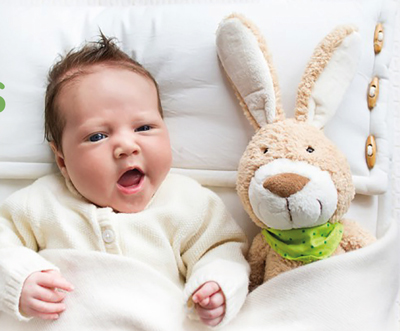 Understanding Sleep Regressions and how to handle them.

By Diane Pawsey, Family Sleep Consultant. Children are constantly changing, growing and developing. Every child reaches milestones at different rates but when children are learning, their brains are processing a lot of new information. Research has shown that when a baby has spent time developing a new skill during the day (such as crawling), their brain is still active when they go to bed. The part of the brain they have been using the most is still firing and lighting up like a firework display even after they go to sleep. This can cause a child, who was previously settling quickly at night, to suddenly find it difficult to do so. They may refuse to nap, wake up shortly after falling asleep, resist falling asleep, wake up early, wake up but still appear tired or wake more at night. This is known as a sleep regression.

When do regressions occur? I donʼt really like the term ‘regression’ as these changes in sleep patterns are a natural part of any child’s development. You may find it frustrating and worrying, but your baby hasn’t suddenly lost the ability to sleep. It’s just that sleep isn’t a priority for your little one during this developmental leap. Sleep regressions can occur at any time of developmental change. However, there are some more common times around four to five and eight months. Each regression can last an average of seven to 10 days. What causes the regressions? Four to five months Babies of four to five months are often stimulated by their environment and find new experiences, places and people exciting. At this age, babies are learning a huge amount, cooing, smiling more and perhaps rolling. They are also starting to stay awake for longer periods between naps, typically having around four naps per day. Eight months At this age, babies are babbling, probably learning to stand, crawling, clapping their hands and waving. If your baby has suddenly become fretful when you leave them (to answer the doorbell, for example), the chances are that separation anxiety is to blame. Around this age, you may need to drop the last nap of the day. Remember to make the lunchtime nap a bit longer and bed time a bit earlier so that you don’t end up with an overtired baby. How can you help? Focus on the things that you can do to help your baby, but remember to keep calm because babies can pick up on our vibes! This is a good opportunity to re-evaluate nap time. Does your little one need to drop a nap? Watch your baby’s tired cues and try to be responsive to them. Maintain your predictable, calming routines and stick with whatever worked before.

Written by Diane Pawsey, a Maternity Nurse and Holistic Sleep Coach. Diane works privately at www.familysleepconsultant.co.uk. She offers home consultations and Skype or telephone consultations, helping families throughout the UK and overseas.