Incorporating Music into your Little One's Day! | Toddle About Skip to main content
Go Back 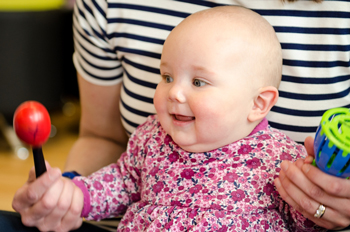 It’s no secret babies love to listen to voices – in fact, very early on they will recognise the tone, rhythm and pitch of a familiar voice. During their first year, children will pick up all the sounds they need to know so that they can learn and develop the ability to speak in their ‘mother tongue’. When listening to music, children are grasping elements of their native language. They will practise making these sounds in preparation for producing their first recognisable words in a couple of months. The accompanying rocking and jiggling actions are not accidental. Research has shown that when we move and sing at the same time we engage nearly all of our brain, which enables us to translate and store new information very efficiently. Here we talk to Monkey Music, to give you some top tips on how you can incorporate music into your little one’s day. 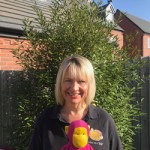 Claire Haydock, local mum-of-two, has been running Monkey Music Stratford-upon-Avon & Leamington Spa since 2005. She’s a huge believer in the benefits of an early introduction to music. “It’s amazing to think that the ear is the first organ to develop fully in the womb – meaning babies can start to take comfort from the sound of their mother’s voice from just 11 weeks,” Claire says. “Early exposure to singing, listening to and playing music can sharpen up a whole range of skills – and it’s something everyone can incorporate into their day, without having to spend a penny. “In babies and infants, greater exposure to music increases cell changes in the area of the brain concerned with speech. And since music uses both sides of the brain, it boosts other areas too, such as movement, creativity, spatial reasoning, memory and emotional intelligence. So, get creative and give it a go!” Monkey Music classes run across Stratford-upon-Avon, Warwick, Kenilworth and Leamington Spa - www.monkeymusic.co.uk