Just over a century ago none of this technology had been invented. Now, we are bathed in an ocean of electromagnetic waves of different frequencies and strengths with data carrying waves which are being pulsed. All day and night they pass through the delicate cells of our bodies, which have not evolved to deal with these diverse influences.

There are increasing concerns that these waves are harmful to humans and may be causing a condition that has been named Electromagnetic Hypersensitivity (EHS). This intolerance to electromagnetic radiation has also been called radio wave sickness, microwave or radiation sickness.

The theory is that, for a person with EHS, their body’s electrical system reacts to this constant bombardment of radiation. 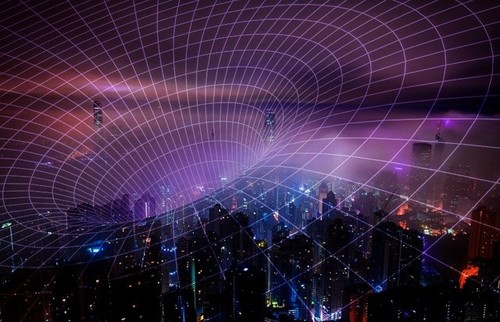 Reported symptoms can include one or more of the following: dizziness; nausea; memory loss: inability to concentrate; irritability; tingling feeling; pins and needles; flushed, flu like symptoms, burning sensations on the skin; joint pains; painful  feet; high-pitched noises in their ears; metallic taste in the mouth; itchy systemic rash and even internal bleeding: intestinal bloating; rise in blood pressure; peculiar pressure behind the eyeballs; pressure band around the head and heart palpitations.

This list is not exclusive and there are many factors that will influence the degree to which an individual might suffer, including frequency of use of electronic devices, the distance maintained from the source of the radiation and any pre-existing conditions that may be adversely affected by the radiation.

A Polish study has confirmed that residents living close to mobile phone masts reported “various complaints mostly of the circulatory system, but also of sleep disturbances, irritability, depression, blurred vision, concentration difficulties, nausea, lack of appetite, headache and vertigo”. The study shows relationships between the incidence of individual symptoms, the level of exposure, and the distance between a residential area and a base station. This association was observed both in persons who linked their complaints with the presence of the base station and those who did not notice such a relation.” (Bortkiewicz et al. (2004)).

Why does the government not address this situation?

Public Health England (“PHE”) adopts international guidelines from the International Commission of Non-Ionising Radiation Protection (“ICNIRP”) which gives the all clear to this type of widespread radiation and the NHS takes its cue from PHE.

But ICNIRP’s guidelines ignore health effects from radiation below its guidelines.  Many people believe that these guidelines are deeply flawed and are downright dangerous and leave many who suffer.

The majority scientific consensus is that this type of radiation is harmful to humans, pollinators, trees and other animals.  The World Health Organisation’s International Agency for Research on Cancer classified this type of radiation as “potentially carcinogenic to humans” (Class 2B).  In its guide book (ICD10), used by the NHS to classify diseases, the WHO identified the illness of “exposure to radiofrequency radiation” and called it W90.0.  This has been used by doctors to describe EHS which they are seeing among their patients.

ES-UK, the charity providing support and information to EHS sufferers, estimates that 800,000 residents of the UK suffer severely from EHS with 2 million suffering less severely.

Unless you use massive amounts of power, 5G, as higher frequency radiation, does not travel well over long distances Therefore, in order to bring the power down, there needs to be a 5G macro cell every 2 to 300 meters and possibly a fourfold increase in power.

In a recent case in the High Court, Mr Watts is challenging the Government over its relaxation of current planning laws for erecting masts, and the fact they have not considered the growing numbers of people suffering the effects of radiation.  If his case does not succeed, we believe that there will be no escape for the existing and growing numbers of people suffering from EHS.

The aim of Electro-Sensitivity UK (ES-UK) is to provide unbiased and balanced information to help those who have become sensitive to mobile and cordless phones, their masts, wifi, and a multitude of common everyday electrical appliances.

Electrosensitivity UK, or ES-UK, was founded as a charity in 2003. It has grown steadily since then, as more and more people have become sensitised to electromagnetic energy from Wi-Fi, mobile phones, mobile phone masts, wireless smart meters, cordless phones and other electronic devices. The trustees are mostly electrosensitive themselves.

Sign up for the ES-UK newsletter by sending an email to enquirers@es-uk.info

More Info on this Topic

The EM Radiation Research Trust is an independent body. The aim of the organisation is to provide the facts about electro-magnetic radiation and our health to the public and the media. The organisation is funded solely by donations and charitable status has been granted, registered No. 1106304.