This week celebrity children’s entertainer ‘Action Amanda’, (Amanda Frolich, of Amanda’s Action Club), a prominent children’s health and wellbeing campaigner, whose impressive client list includes Brad and Angelina, The Beckhams, Peter Jones, Amanda Holden and many more is celebrating her milestone business birthday of 30 years, by knocking Baby Shark off the top spot in the children’s iTunes chart, with the re-release of a positivity song produced in Lockdown and - re-released on World Mental Health Day, alongside The Beautiful South’s lead singer, songwriter and producer Alison Wheeler. 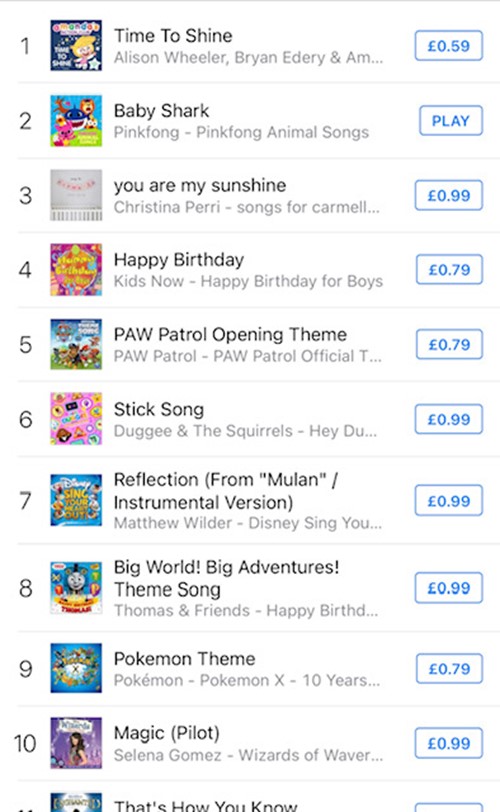 They’ve hit the No.1 spot after re-releasing their song with a full orchestra supplied by Carrot Productions (who are behind The Snowman Tour and Wallace and Gromit in Concert) to raise money for mental health charities in the UK through the Mental Health Foundation and now they need our help! If they can stay top of the children’s iTunes chart this week the song will be has a chance of entering the overall Top 40 charts - something which would provide them with the opportunity to raise even more money for charity as more people will get to hear it.

‘Time To Shine’ is a song focused on positive mental health messages for kids -and parents and will form a part of Amanda’s next album which will focus on the mental and physical well being and development in children’s early years as part of her commitment to The Early Years Foundation Stage 2 Government Framework. In her work she promotes physical development focusing on the health and self care of children, and her latest album features ‘Wash your hands’ ‘Brush your teeth’ and the team are also working on a fitness song.

The track was co-written with professional London pianist Bryan Edery and features Cellist and composer Matt Constantine, who has worked on feature film compositions to major festival performances.

On a mission to support children out of the pandemic with the message that now is their time to shine, whilst fundraising for charity Amanda and Alison, who met over 15 years ago when Alison took her daughter to one of Amanda’s baby classes, are asking us to recognise that kids have been through a lot and need support now to thrive after adversity. With this song they are here to boost their confidence and get more children and parents talking about how they feel.

“When we recorded this song we felt it held such an important message, but re-recording it with an accompanying orchestra gave it so much more power - thanks Carrot Productions! Seeing it fly straight to the top of the children’s chart proved to us it’s something special and we want to raise as much money for the charities as possible now, whilst inspiring and uplifting children, and parents, globally.”

“Through my work, I have seen the impact the pandemic has had on children in particular and anything we can do to highlight this, raise money to help and show children that they are not alone can only be a positive thing.” Amanda Frolich, Children’s Health and Wellbeing Campaigner

This week marks Amanda’a 30th year in business so a timely celebration. Over the last 30 years Amanda has won multiple awards for her work with Amanda’s Action Club, an innovative physical development concept teaching children and their parents how to be active and healthy from an early age. Through classes, events, music and campaigns, Amanda’s mission is to educate families, caregivers, teachers and policy makers that an active body equals a healthy mind and that now, more than ever, physical activity must become a priority in the early years. In 2020, Amanda was invited to become a Children’s First Champion in Parliament, encouraging policymakers to put children first at the heart of all decision making. She previously worked as a children’s fitness consultant on the government’s Change4Life programme and was selected to run classes, events and training for Sure Start. Amanda has been running classes across London and the south-east for the past thirty years. Using innovative props and her own professionally produced music, Amanda educates and engages children and their parents in her own unique way. Amanda also works with early years providers, policymakers and charities across the world to ensure her healthy start proposition reaches the widest possible audience.

Amanda believes passionately that children move better to music and it’s always been a key part of her offering. Not satisfied with standard songs and nursery rhymes, Amanda has worked with high profile artists and producers to create her own unique playlists. Big Songs For Little Ones (And Grown Ups Too) won wide acclaim as it offered something different – music for children made with adult production values and a playlist that was ahead of its time. Fun, Fitness and Music and the Action Club album combine the genius of composer Andrew McCrorie-Shand with legendary Simple Minds producer Jez Coad and The Beautiful South’s Alison Wheeler on lead vocals. Amanda is now working on songs to teach children about health and self-care. Wash Your Hands was released in 2020 to help children learn the importance of good hand hygiene in the coronavirus pandemic and was featured on BBC Breakfast. 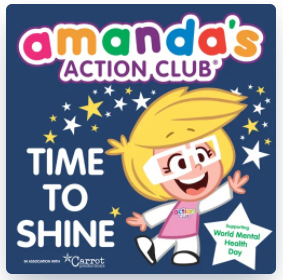