Within many traditional Catholic families, the festivities after a child’s baptism are even a bigger celebration than immediately following the actual birth of the baby. While there are many practical reasons for that, such as the mum having just gone through the physical ordeal of birthing the baby, there are spiritual reasons as well. It’s a matter of faith and here is a bit about the faith Catholics espouse in relation to christening. 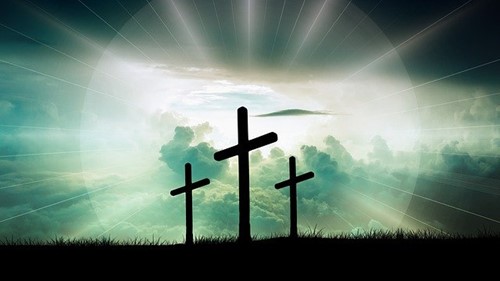 Baptism is actually based on St. John’s baptism of Jesus now held to be what is today the River Jordan. It goes beyond tradition in that it is the first Sacrament of Initiation whereby a child is forgiven of original sin. That would be sin attributed to Adam and Eve and then very much a part of humanity down through the ages. There seems to still be a bit of controversy over whether or not all sins are forgiven going forward throughout that child’s life or if only Adam and Eve’s original sin is forgiven.

Many families pray often about this very concept and wonder why they go to Confession to ask forgiveness if they have already been forgiven at baptism. It would take a theological scholar to weed through all that, however, one thing that helps families hold onto the importance of baptism is displaying religious art found in religious stores. This is a visual reminder of Jesus’ baptism and that they are following the footsteps of the Lord. They are doing what the Bible mandates.

2. Welcoming Sacrament Into the Family of the Church

As the first Sacrament of Initiation, Baptism welcomes the child into the family of Christ and the Church. God parents are chosen for practical as well as religious reasons. Tradition always had it that if anything happened to the parents, it was the God parents who would step up to take custody of the child. With all the legalities we observe today, it is unlikely this will ever happen because family connections take precedence with the law.

However, if the God parents are closely related like siblings or parents of mom and dad, they could function as both the legal guardian as well as the ones who ensure the child will grow up understanding and embracing their faith. Today, that is the most usual duty of God parents.

3. The Foundation Upon Which All Other Sacraments Are Built

As the first of the three Sacraments of Initiation, Baptism brings a child into the faith and the other two are Holy Communion and Confirmation. In some of the Eastern Catholic traditions, all three of these sacraments are bestowed at baptism, but the Western Church of Rome still separates them by age of reason and consent.

The reason why baptism is so important within the Catholic faith is because none of the other sacraments can be bestowed on a person who isn’t a member of the Church. It is through baptism that a child becomes a member of the family, giving them the right to Confession, Communion, Confirmation, Ordination, and Last Rites. Also, the reason why it is often a bigger celebration is that it has given mom time to recuperate while also giving God parents time to adjust to a role in baby’s life. God parents no longer hold the same obligations as they once did but are still to be active in the life of that child in all matters relating to faith.