Let's Talk About Death Skip to main content
Go Back 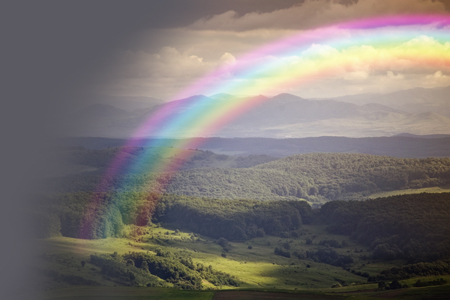 By Stephanie Nimmo, author of Was this in the Plan? Losing your spouse and your child within the space of 13 months would break most of us. Stephanie Nimmo shares how open conversations about death helped her family to cope and really live life to the full. We really are not good at talking about death in this country, are we? It’s almost a taboo subject, to be whispered about in hushed tones. Yet the only guarantee we have in life is that one day we will die. As soon as we get our heads around that fact we can get on with living and enjoying our lives. Sadly, I know all too well how precious and unpredictable life really is. In the course of 13 months I lost my husband to cancer and my 12-year-old daughter to the effects of a rare genetic syndrome. It’s unimaginable. What my experience has taught me however is that it’s really important to have open and honest conversations about death and dying with your close family. I have three older children and they knew from day one that their little sister was not going to live to become an adult. They knew that the time we had with her was precious and that we had to enjoy every moment.

We spent the years with Daisy making memories, having fun and just enjoying the here and now, not worrying too much about the future and what would inevitably happen. Although she spent a lot of time in hospital, the times when she was at home taught us to appreciate the little things; sitting together around the table as a family, curling up on the sofa to watch a film together, a bedtime story after bath time. None of us know what life has in store. None of us know how long we have got on this earth. My husband and I always assumed that we would outlive our youngest daughter and we would be together to support each other when she eventually passed away. Sadly, that was not to be. Just a few weeks before Daisy’s 10th birthday we learned that Andy had incurable, stage 4 colorectal cancer. Suddenly our time together really was finite. Living as we already did with a member of our family who we knew was going to have a shortened life, we knew how to live life to the full.  The year that Andy was on treatment was a year of such contrasts, sadness as we processed the fact that our time together was so limited, happiness that we were able to spend what time we had together making memories, having fun. We ticked off a couple of bucket list items – a last visit to the Emirates stadium as a family to see Andy’s beloved Arsenal play, a trip to see the Foo Fighters play at Milton Keynes Bowl (complete with a meet and greet with the great Dave Grohl himself).   [caption id="attachment_2603" align="aligncenter" width="450"] 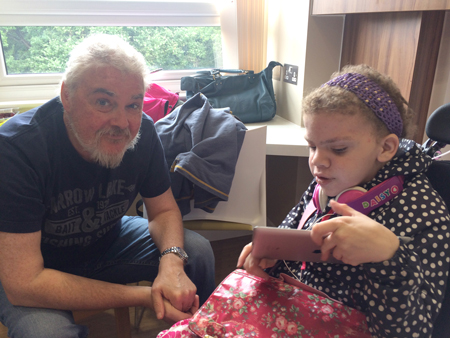 Loosing my husband and daughter in the space of 13 months made me realise how precious and unpredictable life really is.[/caption]   We also made a lot of plans. We discussed Andy’s funeral wishes (lots of music and laughter, inappropriate jokes and a huge party), we talked about what we wanted for the children’s future and how they should be supported in fulfilling their dreams. We discussed practical stuff, we got our affairs in order, as the British so politely say.  We also made sure that our wills were up to date. Before Daisy had arrived in our lives making a will was not on our to do list but we soon learned that it’s so important to make a will, especially when you have young children. If anything were to happen to us, what would happen to Daisy? Who would look after the children? There was even a risk that if we didn’t name guardians our children could be taken into care until the situation was sorted. Andy lived for 13 months after his diagnosis. The doctors had hoped that aggressive treatment would buy Andy some time to see our children grow up but sadly that was not to be. Just before Christmas in 2015, a week before Daisy’s 11th birthday, I became the sole parent to four grieving children. It’s not what you want your children to experience, the loss of their parent at such a young age, but I am convinced that because Andy and I spoke very honestly and openly about death and dying it helped them, they were not scared, just sad. The older two children spoke at Andy’s funeral, they were very involved in making sure we gave him a great send off, just as he wanted. I let them guide me in how much they wanted to be involved and I made sure that they had the space and opportunity to talk about it all and discuss how they were feeling. I also did not hide my emotions from them, I needed them to see that it was OK to cry and feel sad and these things were all perfectly natural. Daisy, being the youngest, was heartbroken. Despite her learning disability she knew that Daddy had been very poorly and had died and she would never see him again. She would tell everyone who came to our house about daddy and that she was sad. She didn’t come to his funeral but a few weeks later we went to stay at our local children’s hospice for a respite break and we released some balloons into the sky so that she could say her own goodbye to her Daddy. Sadly, Daisy’s health deteriorated over the following year and just 13 months after we said goodbye to Andy, Daisy passed away.   [caption id="attachment_2602" align="aligncenter" width="400"] 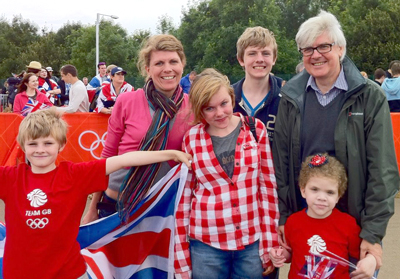 Knowing the fact that our time together as a family was finite, we ensured we would spend our time together making memories and having fun.[/caption]   In what seemed like the most awful déjà vu I found myself having to organise another funeral while I had barely started grieving for my husband. It was so tough, I had not expected to go through this without Andy but in many ways we had also been preparing for this moment for years and I knew exactly what Andy would have wanted for our daughter as we had discussed it openly when he was alive. My situation is obviously very extreme but by sharing it I want people to know that it’s OK to talk about death because in doing so we can then get on with living. After Andy died our funeral arranger told me how often she is faced with grieving relatives who have no idea if their loved one wanted to be buried or cremated, what sort of funeral they wanted, where they wanted ashes scattered. My solicitor told me how she has had to deal with the intricacies of inheritance and guardianship at a time when emotions are so heightened because no will had been made. Prior to Daisy arriving on the scene I really didn’t think about my own mortality, having a life limited child changed that. When Andy was diagnosed with incurable cancer we were able to have very open conversations about death. I now spend a lot of my time encouraging other people to have these conversations, to make sure they have told someone of their wishes, sorted out their will, even thought about organ donation, so that when the time comes it’s one less thing for those who are left behind to worry about. 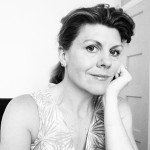 Stephanie Nimmo is the author of Was this in the Plan? published by Hashtag Press, September 2017, £12.99. She has written for The Guardian, Mumsnet, The Independent and The Huffington Post as well as being featured on BBC Ouch!, the BBC’s disability channel. Far from being a misery memoir, Was this in the Plan? is a frank, open and no-holds-barred account of how a family was determined not just to survive but to thrive when the odds were against them.  It will make you question your own attitude to life and how you choose to respond when unexpected events throw you off course